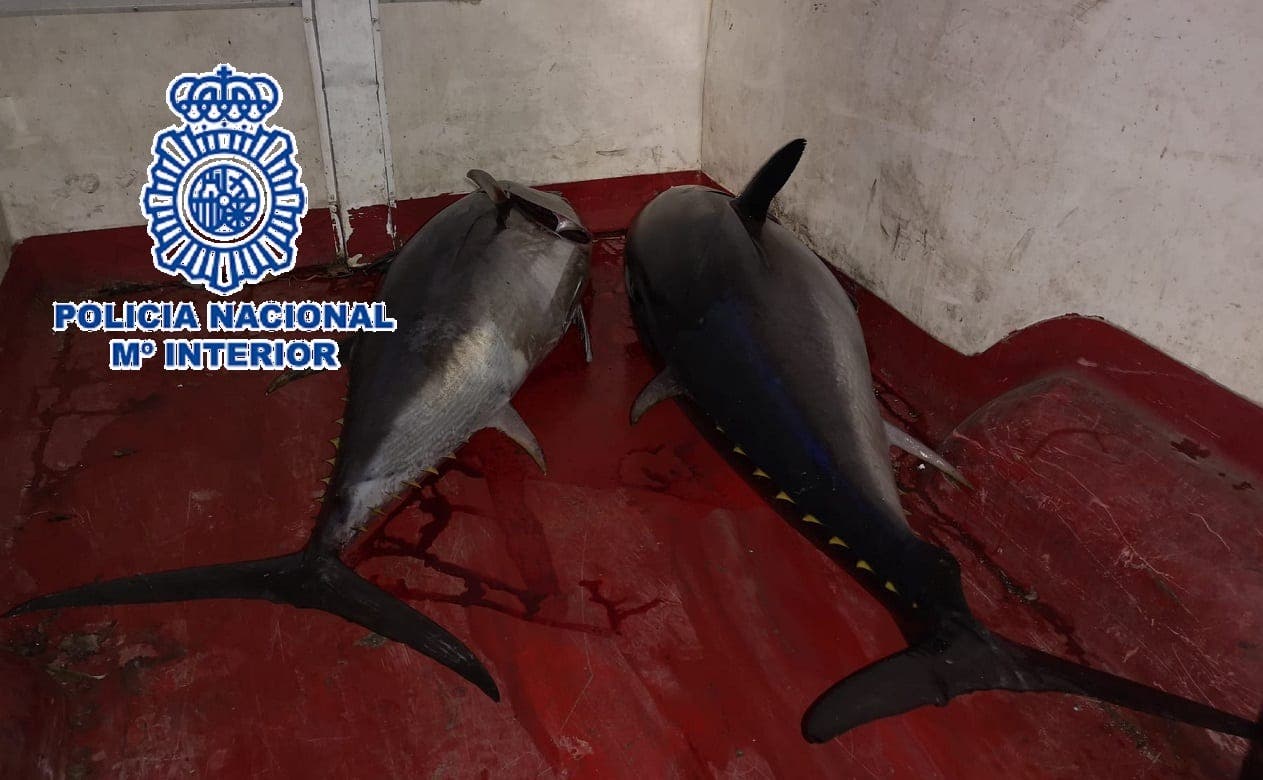 POLICE in Estepona were not sure what they would find when they pulled over a van which was leaving a trail of blood as it drove through the Costa del Sol town on Tuesday.

Policia Nacional asked the driver to exit the vehicle and open up the back after pulling the vehicle over along the Marimacho Trail at around 9pm.

Agents discovered two whole bluefin tuna which had been caught illegally and transported without complying with any health regulations.

The driver, a 33-year-old Spaniard, refused to reveal how he acquired the fish and had no legal documents pertaining to them.

The van and fish were seized while the driver is set to receive a hefty fine, although police have not revealed the amount.

Bluefin tuna can be very lucrative, often selling for around €25 to €40 per kilo.

Some cuts, once manufactured, can be worth up to €90 per kilo.

Some bluefin tuna can weigh up to 500 kilos or more, making them worth thousands of euros.