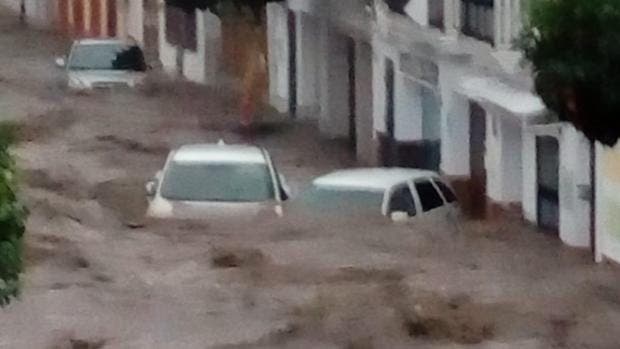 Strong winds and rains have been battering Huelva province since midnight with more than 30 incidents reported to emergency services.

Dozens of homes and businesses have been flooded, with the town of Nerva being the worst hit.

Cars have been washed away after streets were turned into rapids this morning.

Many drivers had to abandon their vehicles after being surprised by the rapid rainfall.

There have been no reported injuries.

The rain and wind have also caused incidents in other parts of the province of Huelva, such as the capital, Aracena, Calañas, La Granada de Riotinto, El Campillo, Almonaster la Real and Valverde del Camino.

Meanwhile, warnings have been issued for fallen trees and branches, landslides and accumulation of mud or stones at different points of the Huelva road: at kilometre 127 of the N-431 in Isla Cristina, in the HU-8105, the HU-8127 (in Aracena and Almonaster) and the A-433 in Aracena, the HU-5101 in Calañas, the A-461 in El Campillo and La Granada de Riotinto and the HU-433 in Zufre.