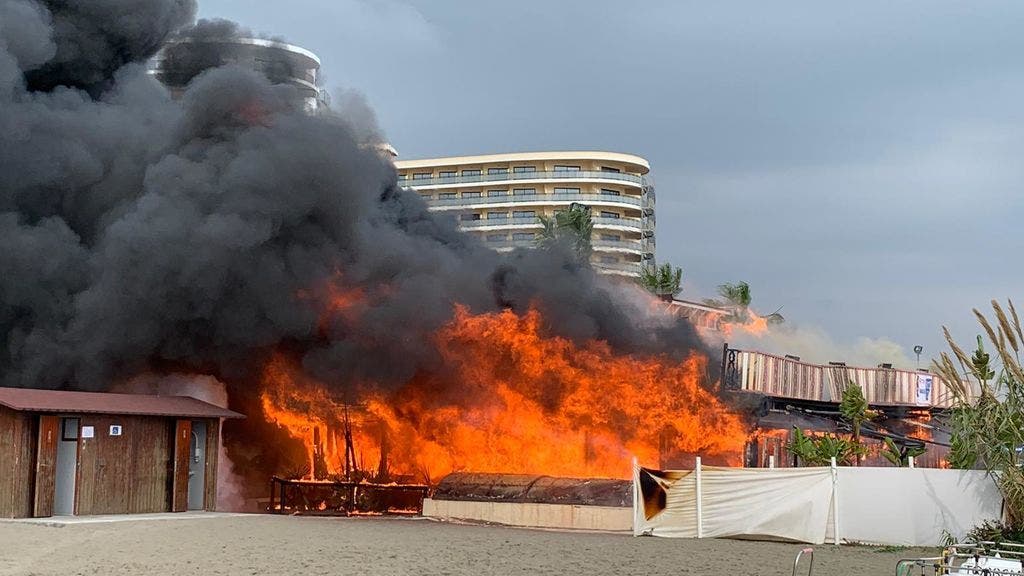 AN investigation has been launched after a beach bar went up in flames on Saturday.

The Moliere Playa chiringuito in Torremolinos caught fire around noon.

The smoke from the fire was seen along the coast but luckily there have been no reported injuries.

Police were forced to cut off traffic to allow firefighters access to the inferno and to protect people in the area.

Torremolinos town hall told press the investigation into the cause of the fire remains open.

Local sources say the beach bar had announced it would be closing indefinitely on January 7 of this year.

It had been operating for some 15 years.