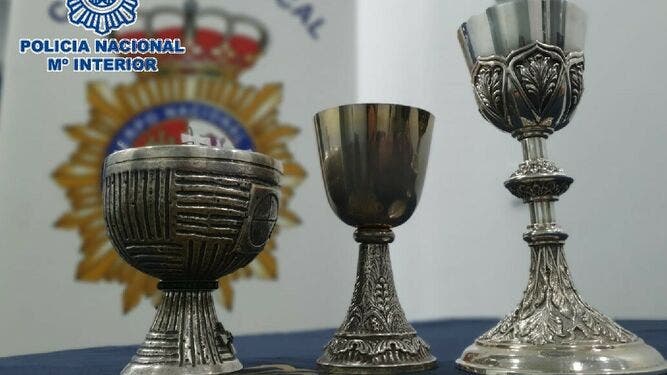 THREE men have been arrested in Marbella for allegedly stealing a trio of valuable chalices and some jamon.

The chalices, worth €1,500, were stolen from a Marbella church on January 8.

Four jamon legs had also been stolen from a pop-up charity store attached to the church.

Policia Nacional took over the investigation when a priest noticed the holy drinking vessels were missing and reported the theft on January 10.

Officers quickly found the chalices in a second-hand shop, where the thieves hoped to sell them on for a profit.

The jamon was found in one of the suspect’s cars.

The accused are a 35-year-old Spanish man and two other men, of Spanish and Colombian origin.

Jorge Hinojosa - 8 Aug, 2022 @ 15:45
SPANISH police are investigating how a man managed to get onto a Ryanair flight from Palma in Mallorca to Manchester without having a valid...