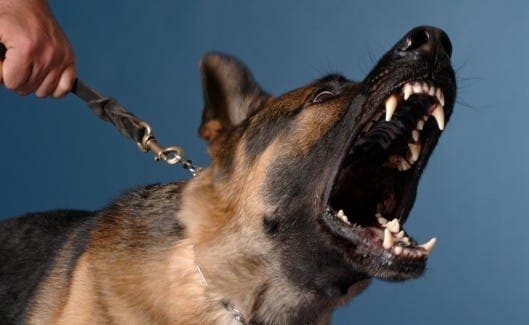 A HOMELESS man has been arrested after his dog allegedly attacked a British boy on the Costa del Sol.

The nine-year-old was walking on Calle Nueva in the centre of Malaga just after midnight on New Years Day when the sudden attack took place.

According to the complaint, the family crossed paths with the Portuguese man, 48, who was walking his dog with a rope ‘longer than legally allowed and without a muzzle.’

The dog is said to have suddenly attacked the boy, who had not even seen the animal, while ‘the owner did nothing to prevent it.’

He had significant injuries to his right leg and arm and was initially treated at the scene before being transferred by ambulance to hospital.

The family had been staying at a holiday home in Malaga and had planned to stay until January 3, which was the young lad’s 10th birthday.

The mother provided a detailed description of the homeless man, leading to his arrest.

He was said to have been ‘obviously drunk’.

He had no documents for the dog – a German shepherd and large mastiff cross – but claimed that it did have a microchip.

It was seized and taken to the Municipal Animal Health Centre.