THE plane crash that killed Paul Hollywood’s brother-in-law in Spain was caused by ‘poor flight planning’, an investigation has found.

Simon Moores piloted the plane that crashed into a Spanish mountain in January last year.

The Great British bake off star was married to Moores’ sister, Alex Hollywood for almost 20 years.

The 62-year-old crashed into a mountain after flying through thick cloud and fog.

The pilot and his passenger David Hockings died instantly in the crash.

Aircraft fault was ruled out during the investigation that occurred at Mount Hernio in the Basque Country.

A report by the (CIAIAC) Comisión de Investigación de Accidentes e Incidentes de Aviación Civil said: “The accident resulted from the decision to continue flying through an area where visibility was below the minimum required.”

“Improper flight planning is deemed to have contributed to the accident.”

The plane had set off from Cascais, Portugal, heading to the UK, modifying the flight path en route.

Both passengers were experienced flyers.

The reason behind the January 9 crash was previously unknown.

A witness alerted authorities after hearing the impact, however the view of the plane had been obscured by the poor weather.

The father of two had tweeted their re-route earlier that morning: “Dawn’s early light – Apparently Biarritz make it very difficult to refuel so go to San Sebastián instead.” 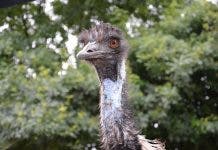 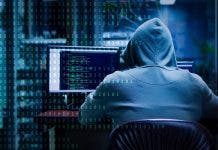 11 cybercriminals cuffed in Spain’s Valencia, Ibiza and Palma de Mallorca for ‘CEO sting’ which scammed more than €2.4 million from companies across the...

Simon Wade - 23 May, 2020 @ 16:43
THE Mayors of two Costa Blanca cities want proper explanations as to why the Costa Blanca and the rest of Valenciana region...