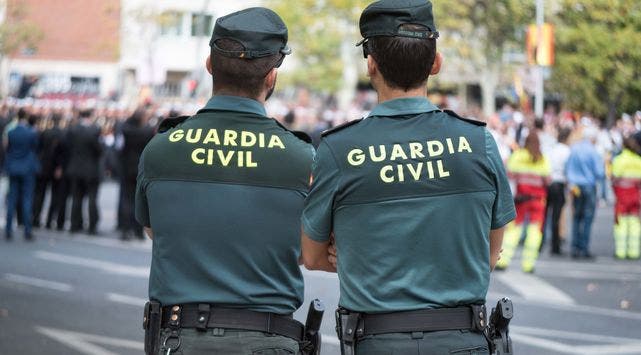 AS the head of the Comandancia de Isla Mayor in Sevilla, he was supposed to be tackling crime in a region that has seen an upsurge in drug trafficking.

Instead he did the opposite, joining the narco payroll and ensuring that, over a period of four years, their shipments arrived uninterrupted.

Between 2012 and 2016, the Guardia Civil boss gave protection to hashish smugglers in exchange for large wads of cash.

The gang moved the drugs from Morocco along the Guadalquivir river, a route which is becoming more popular in recent years as things have heated up along the Costa del Sol.

The police chief was handed €6,000 upon agreement and was promised €20,000 each time an operation was successfully completed.

To achieve this, the corrupt cop enlisted three other agents to help make sure the drugs arrived without problems.

The agents, also on the pay roll, provided tactical information on Guardia Civil patrols, meaning the traffickers knew where the police were at all times and so could avoid them.

Police know the corrupt leader earned at least one cash payment of €22,040, which he entered into the shared account with his wife in small instalments over the four-year period.

“The sergeant knew that the money came from criminal activity,” the judgement read, “Because he received it directly from the traffickers before paying his fellow corrupt cops their cut.

“He then kept some of his cut in cash, €2,350 of which was found in his home, before the rest was deposited in small sums into his checking account so as to confuse it with his legal income and to hide its criminal origin.”

The unnamed man has now been sentenced to 14 years for drug trafficking, money laundering and bribery after his appeal was rejected by the National Court of Appeals.

The court said he did ‘just the opposite of what you should do’ and said he breached the obligations of his office while putting the health of citizens at risk.

The court also rejected the appeal made by the man’s wife, who was ordered to return €22,040 believed to be the spoils of money laundering.

The others convicted in the case, including the three other corrupt agents, did not appeal their respective convictions.