BARCELONA have edged past Valencia in Euroleague’s round 23 second all-Spanish clash.

The Catalans managed to comeback from 15 points down in the fourth quarter against the Valencianos and win 77-76.

This comes only a day after the other all-Spanish clash of the round saw Real Madrid defeat Baskonia also by a single point.

With nine seconds remaining on the clock and with the score 76-75 to the Bats – Valencia’s nickname – Nikola Mirotic was the one who received the ball on the high post.

The Spaniard then outsmarted his defender and scored what would prove to be the winning basket with only three seconds left.

The 28-year-old dominated the game, finishing with 26 points, four rebounds and two assists.

Valencia was up 68-53 in the beginning of the fourth period but Barca went on a 0-11 run to turn a game into a proper thriller.

In his post-match interview Mirotic said: “It is not easy but listen, I am very proud of our team and the way we competed at the end, even when we didn’t have our best day.

“We stuck together, played good defense and offensively, we had a fine fourth quarter and this is our team.

“We demonstrated tonight what we are capable of, so I am very happy.” 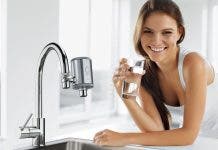