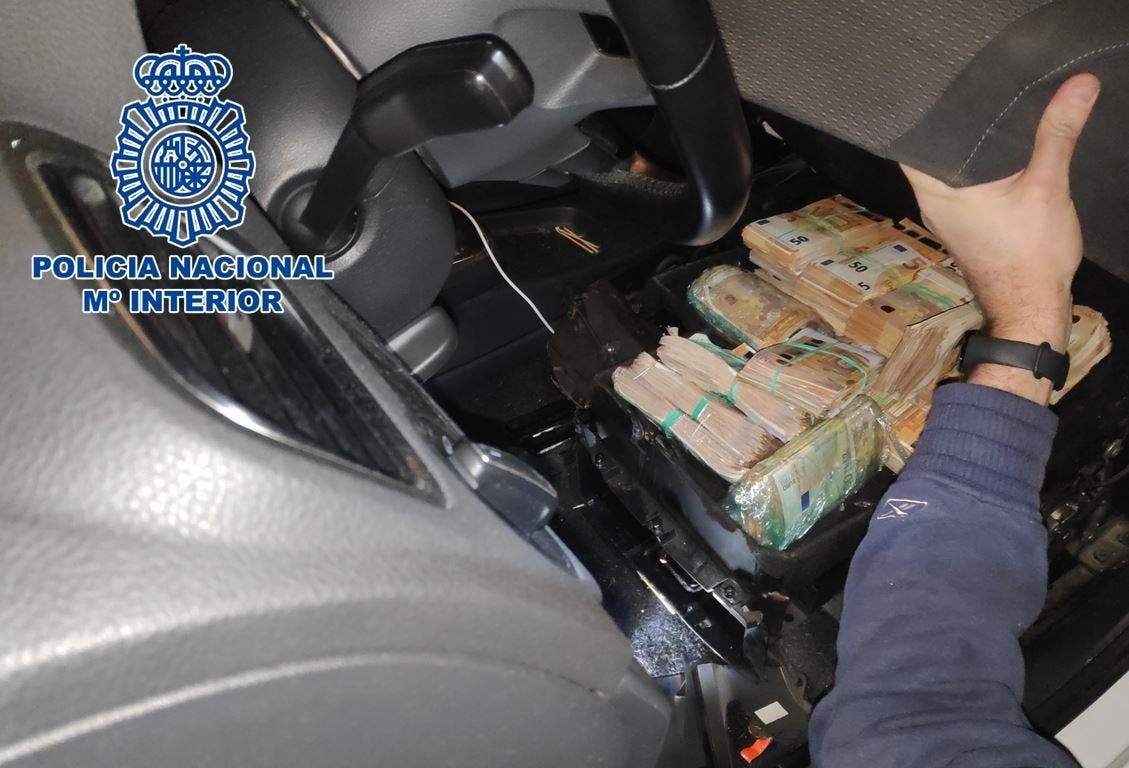 A SPANISH-Colombian drug trafficking ring has been rumbled in Granada.

Police have caged two men and a woman after seizing just under €400,000 in cash and more than 100g of cocaine in an investigation dubbed Operation Spiderman.

The trio, aged between 26 and 32, were running a sophisticated cocaine trafficking and money laundering ring between Granada and the small town of Armilla.

The suspects, two of them Colombian, would hide the drugs and cash in expertly hidden compartments built into cars, vans and a motorbike.

The compartments could only be opened by the pushing and pulling of a series of buttons and levers.

Police caught onto the trio after noticing an increase in drug activity in the area and decided to carry out surveillance on the group.

After witnessing suspected drug deliveries, police raided a property belonging to one of the three and all of their vehicles.

The presence of two Colombian traffickers in inland Andalucia with almost half a million in cash points to an ever increasing cocaine trade in Spain’s southernmost region.

Police said the large amount of cash indicated the group were making huge profits from their trade.

REVEALED: Every single shop coming to new McArthurGlen designer outlet on Spain’s Costa del Sol (and which ones are...