ALMOST 280 tons of rubbish has been collected in Cadiz after the first weekend of carnival.

This included rubbish collected from beaches, streets and gardens from the first weekend festival in the city.

According to the town hall press release, the crowded carnival resulted in 144 tons of waste on Saturday while Sunday added 135 tons to this total.

Almost 8 tons of cardboard was also collected after the weekend.

Around 1,000 vehicles were used in the cleaning of the city with 363 people involved in Sunday’s clean up operation.

This is the tenth consecutive year that the clean up plan has been executed, with cleaning guaranteed throughout the historic center, in morning and night shifts. 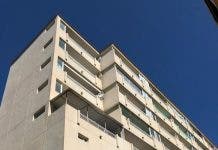