IT’S one of the city’s most distinctive and historic barrios and is unsurprisingly packed with sites to keep you busy.

From its iconic pastel exterior to its medieval remnants and holy shrines, no trip to Sevilla can be complete without a day in Triana.

Below we have rounded up the top sites to see in 2020.

This riverside street is the most emblematic of Triana, filled with bright pastel exteriors, restaurants and bars.

But the best time to visit is between July 21 and 26, when Vela Santana (Saint Anne’s evenings) is celebrated. It is the most important festival for the neighbourhood (after the Feria de Abril), dating back to the 1200s.

It sees the street filled with pop-up tapas and drink stalls as residents sip on sherry wine, chow down roasted sardines and perform the traditional Sevillanas dance.

It’s one of the most-loved Virgin Marys in Sevilla, with locals flocking to her daily at the Capilla de los Marineros on Calle Pureza.

The statue belongs to the Hermandad de la Esperanza de Triana (Brotherhood of Hope Triana), one of the city’s oldest and most influential brotherhoods, having been created in 1418.

She can be viewed at the Capilla de los Marineros which is open to the public from 10am to 1.30pm and 6pm to 9.30pm Monday to Saturday.

Once a huge medieval fortress, the San Jorge castle was used as headquarters and a prison for the Spanish inquisition. Unfortunately it was demolished in the 1800s and is now home to the Triana market (see below).

However, a museum in the underground ruins gives a fascinating history of the castle, the inquisition and religious repression.

In the place of the medieval Castillo de San Jorge sits Triana’s food market. Here you will feel like a real local, with fruit and veg stalls and jamon and cheese stands selling the highest quality products.

There are also several fantastic little tapas bars and cafes which are perfect for a quick bite.

First built as a pontoon bridge in 1171, the Isabel II bridge reconstructed to what is today in 1845.

Offering stunning views of the Guadalquivir river, the landmark was declared a National Historic Monument in 1976 and remains a hugely important artefact of Sevillan history.

Also known as Puente Triana (Triana Bridge), it was built on the remains of the former San Jorge castle, which was the last headquarters of the Inquisition in Sevilla.

You will often see people basking in the sun on the pathway below while keen rowers or kayakers glide underneath.

These two churches are worth a visit and sit on opposite sides of the Isabel II bridge.

Accessed by the Paseo Nuestra de la O, the church of the same name was first founded in 1418 and has been home to many different brotherhoods over the centuries before it was reconstructed in 1702.

Santa Ana is a Gothic-Mudejar church which has been declared an official site of cultural interest. Popularly known as the Triana Cathedral, it was built back in the 13th century under the orders of King Alfonso X. The temple had to be rebuilt at the end of the 14th century after it was damaged by the 1356 earthquake. 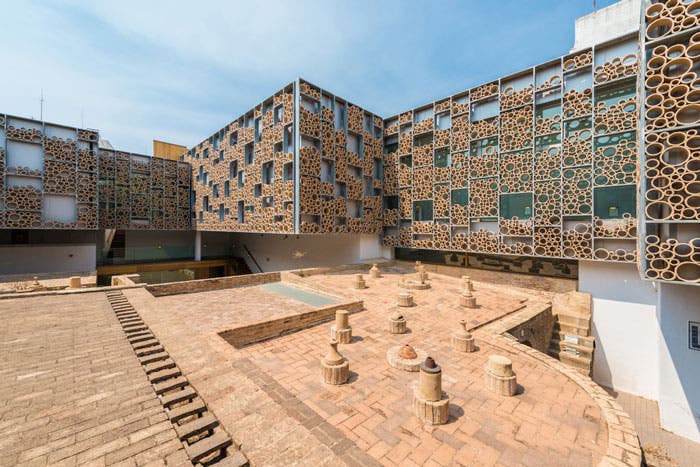 In Triana’s old town you will find a selection of ceramic shops while on Calle Callao there is a museum dedicated to telling the history of the art.

The centre has two floors, including a permanent exhibition of historic ceramics and a special area for documents relating to the centuries’ old trade.

Jorge Hinojosa - 16 Apr, 2022 @ 10:15
EASTER is a really big deal Spain with huge crowds of spectators lining the streets to watch the Semana Santa processions and all that...