SEVILLA really is a foodie’s paradise, and the ancient Triana does not let the side down.

It may have its own distinct personality, but this fiesty barrio’s restaurants deliver knockout Andalucian cuisine.

From humble tapas haunts to fine dining, below are the hottest eating spots in Triana in 2020.

With the most enviable location in Triana, on the riverbed next to the Isabel II bridge, Maria Trifulca is a must for those who love to eat with a view.

Offering stunning vistas of the Guadalquivir river from its terrace, it is open for both lunch and dinner – or for just drinks.

It owes its name to a ‘grumpy woman’ who used to run a food stall in the exact location in the middle of the 20th century. In fact, there was once a beach in the same spot, which was also named after the grumpy Maria Trifulca.

You won’t find the staff here miserable, however, with a high quality service and an extensive and fresh seafood offering – including oysters, jumbo prawns and Zamburinas (a type of scallop). There are also quality meat dishes. Booking is advised.

If you’re looking for a slice of history, head to Casa Cuesta on Calle Castilla, close to the Castillo de San Jorge.

It has been serving traditional tapas to the Triana neighbourhood since 1880 and has become something of an institution.

Most of the dishes – including delicious stews – are made using original recipes from as far back as 1925 – some with a modern twist.

It uses only the best Iberian meat for its steaks and carrillada (pork or beef cheeks), while its fish is fresh, from nearby Huelva and Cadiz.

It’s always buzzing and is a great start to a Sevillano evening. 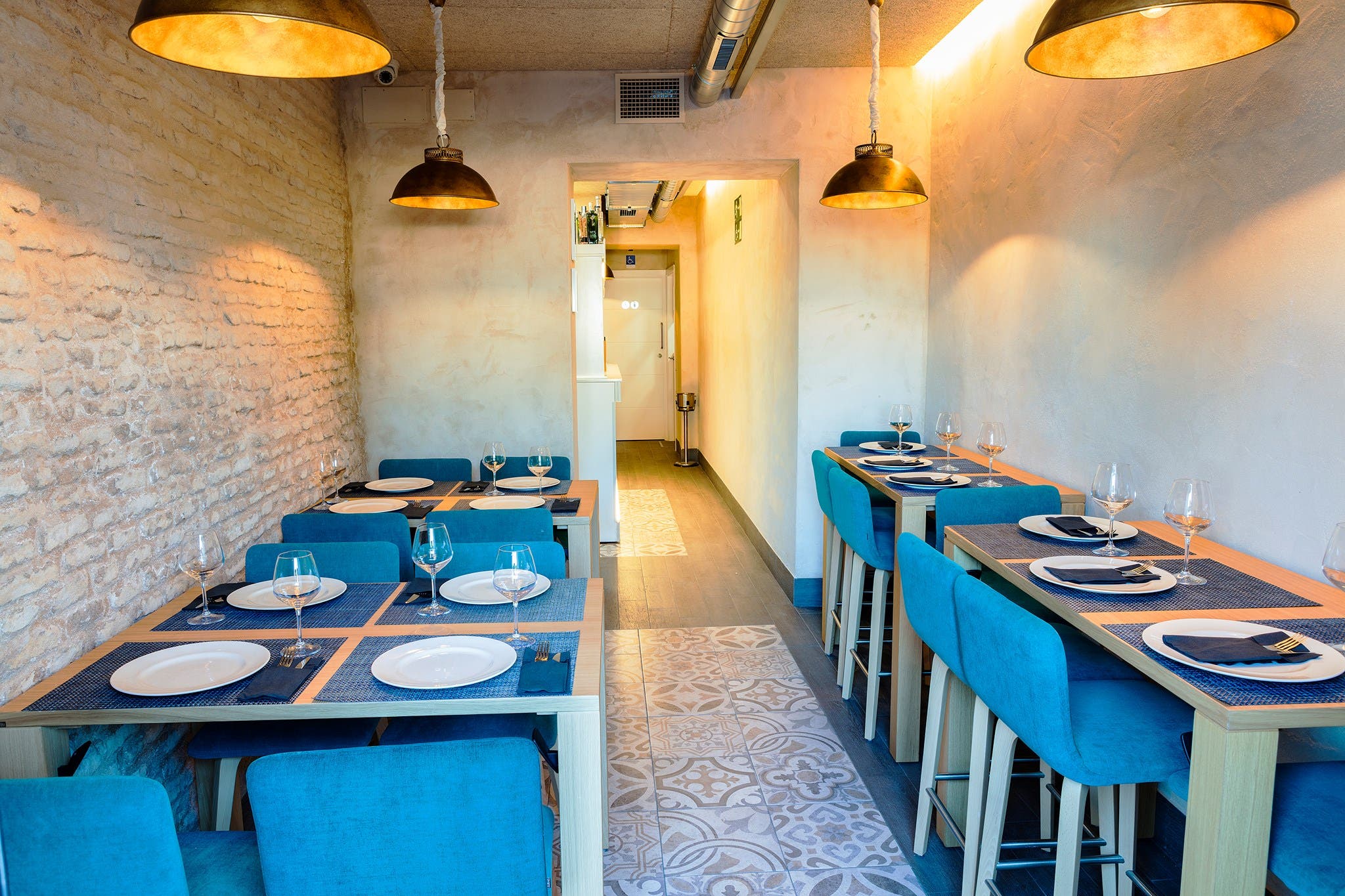 From its melt-in-the-mouth pork solomillo in mushroom sauce to its top of the range jamon and delicious seafood dishes, it’s no wonder it won a certificate of excellence from TripAdvisor in 2019. It also has vegetarian and vegan-friendly dishes and its prices are reasonable given the quality of food.

The market, situated to the right of Isabel II bridge as you enter Triana, is packed with places to eat.

It has everything from oysters and sushi to traditional tapas and even cheese fondues. See more about the market here. 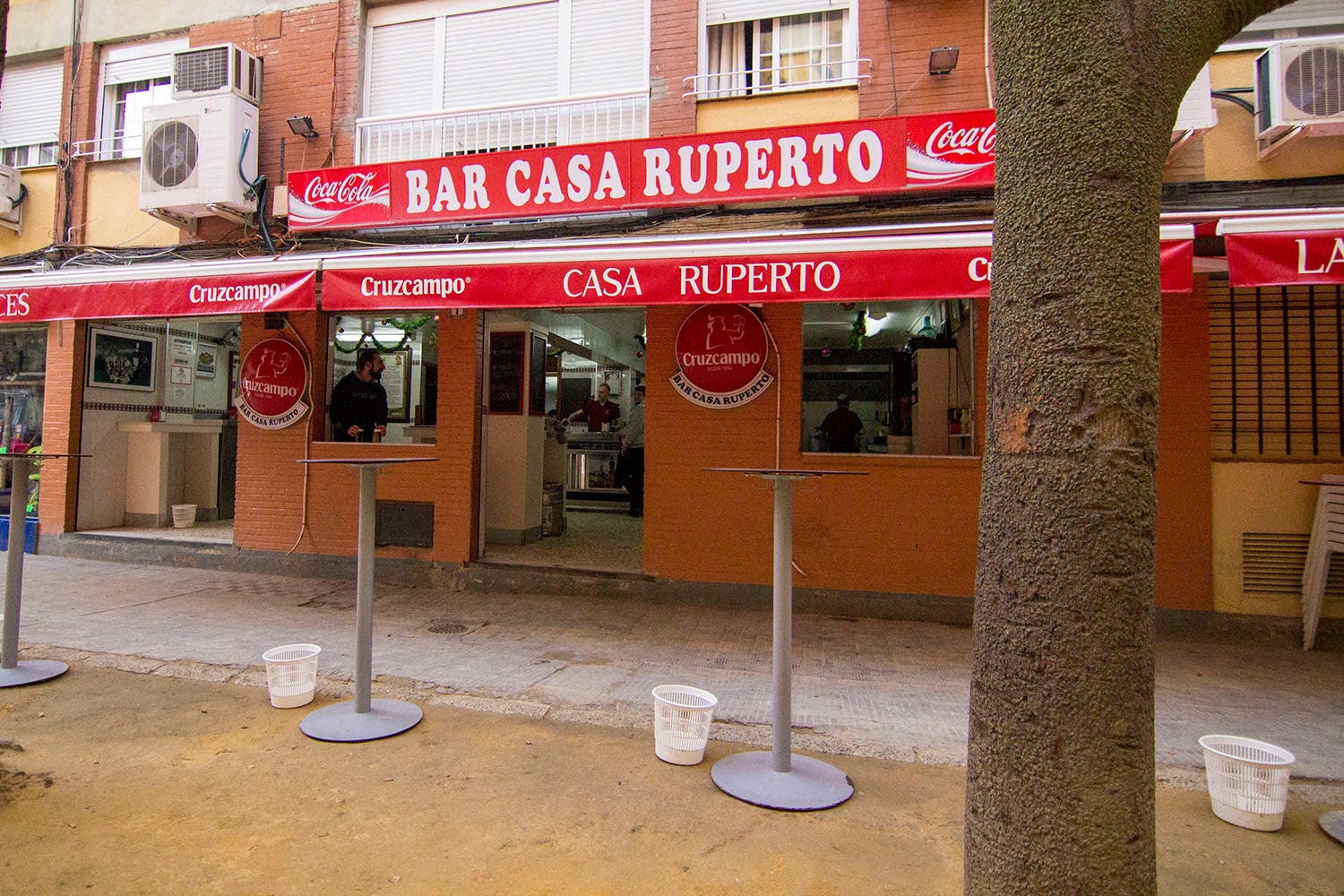 If you’re looking for something a bit more casual and on-the-go, head to Casa Ruperto.

It’s a favourite among locals on Avenida Santa Cecilla, serving the usual tapas suspects while boasting its famous fried quail montadito and some of the city’s best snails (caracoles).

While small, the bar is cozy and has ample space outside.

Tapas fusion is the trend that doesn’t stop giving and Vega 10 has managed to master it with its Venezuelan influences.

The design of the bar gives it a modern feel – as do its fantastic vegetarian options.

But for meat lovers, opt for the cannelloni de rabo de toro (bull’s tail cannelloni) – it has become a great among the modern tapas dishes.

Fiona Govan - 12 Nov, 2022 @ 14:15
As travel reawakens in the post-lockdown world, Spain’s capital has repositioned itself to attract the big spenders

Walk this way: Why Cordoba should be top of your Spain travel list