IT was with some trepidation that the Olive Press distribution force set out on their journeys this week.

After dozens of anxious calls, confirmation and cajolling, a dozen hardy souls set out from the four corners of the country to brave roadblocks and grillings from cops and concerned partners.

It was always going to be a nerve-wracking day with so much uncertainty about the spread of the coronavirus and who was allowed out and to do what jobs.

And the end result was a comprehensive success as 100% of the papers got out into the hands of expats and locals around the country.

By focussing on putting double and triple the numbers in the hundreds of supermarkets, vets and petrol stations normally served around the country we were able to make up for the hundreds of restaurants, hotels and other businesses closed.

It was an important special virus issue updating readers on the state of the country and the way that expats were positively supporting the lockdown.

The paper was full of fun and colourful ways to get around the ban to go out and what to do with the kids at home.

It is worth noting that there were considerably more copies of the Olive Press in key spots like Overseas supermarket in Mijas and Marbella, than our rivals, including Euro Weekly News, as photos clearly demonstrate.

“And it was as well received as any editions I have distributed in the years I have worked for the Olive Press,” Distribution Manager Graham Warters explained.

“Even some of the places I thought would be open were shut, including paper shops.

“One policeman was so kind he gave us two pairs of rubber gloves.”

He continued: “Most of the guys were very upbeat, even Giles, who does Marbella, was his normal self.”

Columnist Giles Brown, who has done the Marbella distribution for six years, wasn’t so happy though when he got back to find his girlfriend insisting he couldn’t come back in for ‘THREE weeks’.

“I’m sure she’ll come round though,” he joked.

One key change was the usual Gibraltar route, which had to be undertaken by editor Jon Clarke, and Gibraltar journalist John Culatto.

Due to the uncertainty over the border’s closure, the pair were tasked with the complicated procedure of getting through customs at this stressful time.

But in the end there were no problems and the papers sailed through to be distributed at all our key spots including Morrisons supermarket, where we have two stands, and at Eroski.

Meanwhile in the Costa Blanca north and south, while many papers went out as planned on Thursday, plenty had to wait till Friday as many supermarkets were shut with Thursday being Father’s Day and a National holiday.

If there is anything to sum up the week, it was the joy of the British expat supermarket owner on receiving an extra bundle of the paper at his popular supermarket The Village Store, in Mollina, a 30-minute drive inland from the coast.

“It’s great to get the paper and, particularly this week, with extra copies,” he said. “People often queue up around Mollina waiting for the OP to arrive. They will be thrilled.”

To conclude: Never a day late in 14 years, we didn’t plan to hit the newsstands late this week of all weeks!

And remember, if you did miss it, you can always find it online at www.theolivepress.es 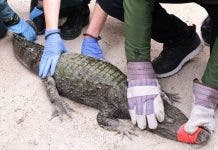 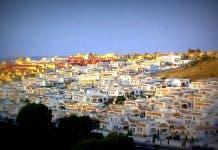 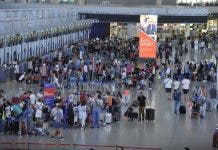 Flight risk: Over half of Brits are already planning their next trip abroad – but remain cautious about the dangers of international travel