AS Gibraltar prepares for its toughest social lockdown since the war, authorities insisted that the measures were taken to ‘protect you’.

They reported that coronavirus cases did not go up in the last 24 hours, with only 15 cases reported, ten of which are active.

Five of those infected have nearly healed with 58 more awaiting their results.

Testing could be carried out in Gibraltar by the end of the month with essential equipment due to arrive shortly.

There will soon be 50 ventilators available for use, with some being bought abroad and others reconditioned.

People who had hospital equipment at home were encouraged to bring it in to help in the effort.

A private plane with 22 more medical staff arrived from UK to Gibraltar this weekend to increase numbers on the Rock.

Royal Gibraltar Police Commissioner Ian McGrail said the police would ‘use force’ to make sure people stayed off the streets in a public video.

He urged people to ‘stay home and stay safe’ in order to help the police in their work.

While exercise is allowed for people under 70, they can only go walking or running with people of their own home or alone.

“Ultimately, everybody’s going to get it but they may or may not notice it,” said Krish Rawal.

“It could be a minor cold and they will return to their normal activities.

“The lockdown will mean we can preserve our health services for those who become sick,

“We treat them, we can protect them and we can bring them back to health.”

The new lockdown does not go as far as the one being enforced in Spain with people still allowed to exercise.

All shops other than supermarkets, pharmacies and grocery stores will shut from tomorrow morning.

“If you are a retailer, you must close your physical shop,” said Licudi.

“But you can continue to sell and deliver products online or on the phone.

“A package of measures for businesses and individuals is almost complete.”

While employees and companies could be covered by the rescue plan, self-employed persons are not so sure about the future.

Unconfirmed reports coming from our readers suggest that they could be getting as little as a hundred pounds every two weeks from the government.

In Spain, an economically poorer country per capita than Gibraltar, every person will receive around 100 euros a week at least, as long as they stay home.

The minister was adamant the package was as much as the government could afford.

“Remember that in the UK the measures are only at the moment for the catering trade while our measures will be for all affected sectors,” revealed the minister.

“We are putting in place a package that can release up to 20% of GDP in government borrowing while staying within 40% of GDP.”

Since the greater social lockdown was announced on Sunday, interest in the new child day-care service running at schools has plummeted.

Only 334 children used the service which was supposed to help essential workers with extended hours for child management on Monday.

The majority of pupils which took on the service were in the lower (141) and upper primary (133) sector.

The rest included 52 from secondary school and eight from St Martin’s special school.

The Minister said this was ‘significantly lower than anticipated’ so the schools running this scheme would now be reduced.

Both St Anne’s and Westside will be running extended hours and learning support facilities.

Westside and Notre Dame will also be running creches for younger children.

Teachers and support staff will have their own shifts in teams to care for the children in these five schools.

Children staying at home will be able to receive essential skills online from Wednesday via a website run by the Education department. 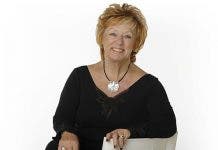