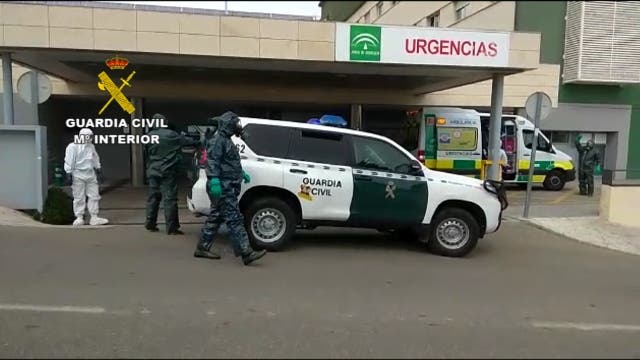 A MAN has been arrested today for fleeing to the Costa del Sol after testing positive for coronavirus in Madrid.

The Guardia Civil intercepted the patient in Nerja after he escaped from the Hospital de la Paz in the capital.

The patient was set to be admitted to a psychiatric centre after also testing positive for COVID-19.

A relative alerted the authorities who immediately launched an operation to track him down.

They eventually caught up with him at the Plaza del Chaparil in Nerja.

He was transferred by ambulance to the Comarcal de la Axarquia hospital in Velez Malaga.

It comes as Malaga continues to be the worst-affected province in Andalucia with 1,321 cases.

The southernmost region has a total of 5,405 cases as of Tuesday.

Kirsty Mckenzie - 30 Nov, 2021 @ 09:45
A BRITISH expat has been caged for 20 years after being convicted of having sex with his wife before killing her in a frenzied...

Traveling from Spain to the United Kingdom? This is what you need to know