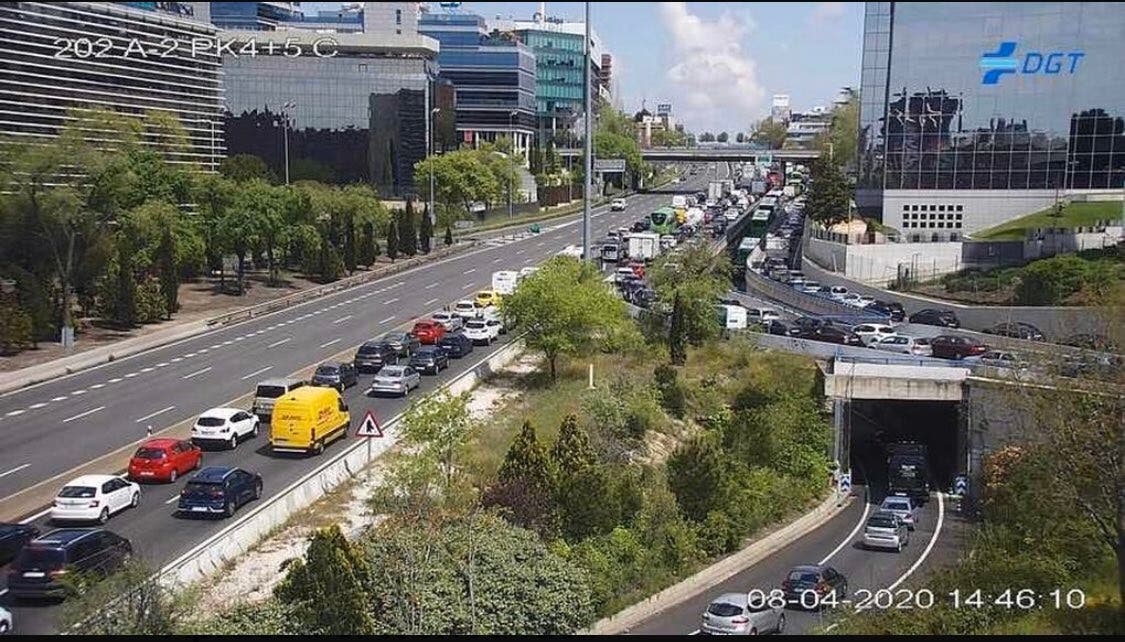 THIS weekend would normally see millions of Spaniards heading to the coasts or their family homes in the pueblo.

Semana Santa (Holy Week) is arguably one of the most important holidays in the Spanish calendar but it has essentially been cancelled by the crippling COVID-19 outbreak this year.

However, while Madrid residents were blasted for heading to the Costa del Sol, Benidorm and elsewhere in March, it seems this time around they have received the message to stay at home.

Traffic jams on roads in Madrid and Sevilla today sparked fears of people ignoring the nationwide lockdown and potentially risking a fresh spike in coronavirus cases.

But Spain’s traffic body, DGT, assured via Twitter that the queues are mostly due to the increased patrols by Guardia Civil and other units.

The government has also said it has not detected a ‘significant increase’ in people leaving big cities or travelling to second homes.