PRISONERS locked up in Palma de Mallorca’s Penitentiary Centre have demanded to be set free due to the alleged inhuman treatment suffered during the coronavirus crisis.

Lawyers representing convicts at the island’s largest prison have made an official request to government officials asking that they are immediately released from jail.

They claim that since outbreak of COVID-19, inmates have been left feeling ‘terrified’ as the guidelines set down by the World Health Organisation (WHO) to halt the spread of the virus have been violated.

Lawyers allege that this is ‘degrading’ and an infringement on the human rights of individuals that are deprived of liberty.

For this reason they ask that authorities address the specific needs of the most vulnerable detainees, including the elderly and those with underlying health problems.

As well as increasing COVID-19 testing across the prison, they have requested for the early and provisional release of ‘low-risk’ inmates due to overcrowding in cells.

This they say is in breach of the WHO’s COVID-19 guidelines which implicitly state that close personal contact encourages the spread of disease.

Furthermore, they demand that there is a temporary stoppage on migrants held in prison for being in the country illegally.

Calling their detainment ‘completely absurd’ during the lockdown, they say that locking them up will only pose a serious risk to their health.

In response to the accusations, authorities have assured that the situation is under control and that all requests for freedom on this basis will be denied.

According to the latest figures released by the Government of the Balearic Islands, a total of 40 inmates and one guard have tested positive for the virus. 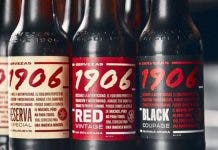