GIBRALTARIANS over the age of 70 will be allowed to leave their homes to exercise as from Wednesday.

The so-called ‘Golden Hour’ will allow elderly members of the community to go out to exercise, mirroring what the general population have been able to do for over a month.

Those over 70 could already go out to the supermarket, walk their dogs, go to the doctor or bank but were previously unable to exercise outside.

Only eight people in this age range have contracted the virus, lower than any other which could be because of the tighter lock-down restrictions.

Despite the ease of restrictions, the Gibraltar Government still urged all those most vulnerable to ‘remain at home’.

Areas of Gibraltar will be allocated just for the over 70s on weekdays from 10am till 12 noon.

These areas will see decontamination measures and entry points controlled by police officers who will be checking IDs to see dates of birth.

These areas will be Commonwealth Park, Eastern Beach, Camp Bay and the Victoria Stadium.

“It is important to note if there is a change for the worse in the prevalence of COVID-19 in Gibraltar, these measures of relaxation will be reconsidered and possibly withdrawn,” said the Government.

The same could happen if the Golden Hour scheme is ‘abused’ by those it is meant to help.

The Golden Hour will come after Workers’ Memorial Day gets celebrated tomorrow to mark the dedication of NHS workers during the COVID-19 pandemic.

A bank holiday which is normally in memory of those who have lost their lives to work or have been injured due to work has now extended to those who have died as a result of the Coronavirus.

A surprise appearance was made by octogenarian Minister of Economic Development, Sir Joe Bossano, at today’s press conference.

He raised concerns about the economic effects that the pandemic could have on the rock in the coming months.

“Our manifesto was for a recession in Europe and in the UK, not a depression of the whole planet,” explained Bossano on the economic effect of Brexit as opposed to COVID-19.

“The target of 2.5% growth this year might be difficult to achieve but I would hope nonetheless to be able to achieve the 15% growth over the next four years.”

The minister said that it will take ‘a long time’ before the global tourist industry will get going again and for main-street to see customers again.

“It’s very likely that the tourist industry in most of the world will not be back in 2021, but it will be back at the stage of programming for 2022,” the minister continued.

“There are as many unknowns about the economic pandemic as there are about the health pandemic of the virus.”

“In the economies of the United States and Europe, the wealthy western world that we created will be entering an economic crisis that not even I have experienced because the last one was in 1932.”

Bossano also warned of unemployment and wage cuts around the world as a result.

The number of COVID-19 tests done so far in Gibraltar amounts to 2,327, a large increase which now includes tests done on front-line workers.

There has been 141 confirmed cases of COVID-19 on the rock, 131 of which have recovered and just ten still remain active after a rise of reported cases yesterday.

The government advice remains for people to stay home as much as possible, wash their hands and catch all sneezes and coughs to stop the virus spreading. 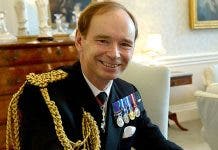 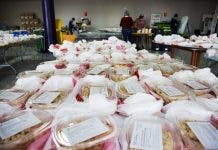 John Culatto - 1 Jun, 2020 @ 16:20
Restaurants and cafes opened for the first time in two and a half months as buses started to work today as the lockdown continued to be released.