THE cousin of Julen Rosello, the tot who died in a Malaga well, has herself died after suffering ‘breathing difficulties’.

The seven-year-old girl passed away on the street in the city’s El Palo neighbourhood some time after 10:30 am this morning.

Paramedics performed CPR on her, but she could not be saved, according to Diario Sur.

The young girl is understood to have had difficulty breathing outside her home in Calle Almagro y Cardenas.

Policia Local officers were the first on the scene and radioed in for an ambulance crew to be dispatched.

She was then rushed by police to the nearby El Palo Health Centre not far from the San Ignacio football field.

A doctor, a nurse and a mobile ambulance were called for and resuscitation attempts were made for over 30 minutes.

The decision was then taken to transfer the girl to the Hospital Materno-Infantil in Malaga City Centre, but she was pronounced dead on the way.

Her cause of death and the type of medical issues she suffered from are unknown.

In January 2019 Julen Rosello was found dead in a well on a plot of land in Totalan owned by his uncle David Serrano.

Serrano was handed a one year suspended sentence for manslaughter and a €843,000 fine in January 2020, following an agreement between him and Julen’s parents. 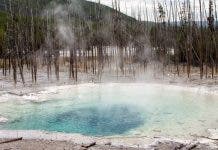