A WOMAN has won €8,101 from Valencia’s Town Hall after her stiletto heel got stuck between paving stones in the Plaça del Ayuntamiento.

Eva M., age not released, claimed she fell over on April 18 in 2017 after tripping over a paved manhole cover that services a traffic light.

She reportedly received medical treatment for a ‘lesion’, and demanded €16,203 for damages caused.

In Spain, claims are also made by evaluating damages – termed ‘secuelas’ – on a scale of 0-50 where each ‘point’ translates to roughly €1,000.

The Town Hall, which repaired the manhole cover after the accident, alleged the paving stone was ‘barely exposed’ and should not have been an important obstruction to pedestrian circulation.

The local authority, which sits on the same square where Eva fell, last Friday agreed to settle for half the amount requested after admitting the fall could have been avoided. 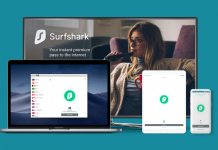