THE world famous Harlem Globetrotters have moved their tour of Spain from May to September due to the coronavirus crisis.

The tour was originally meant to begin on May 8 in Malaga, but that was cancelled as a result of the pandemic, with new dates not being set until now.

The new dates have now been set for September and will kick off in the capital of the Costa del Sol on September 11 and end in Barcelona on September 20.

Tickets will remain valid for the new dates and ticket buyers are not required to make any changes.

Refunds are also available for those that cannot make the new dates, as announced by the organisation.

For those of you that don’t know, the Harlem Globetrotters are an American exhibition basketball team that combine athleticism, theatre and comedy in their style of play.

They have played more than 26,000 exhibition games in over 100 countries worldwide and attract thousands of fans from every corner of the earth.

The organisers have also reminded that the tour will only take place as long as the coronavirus crisis is under control and no new outbreaks occur. 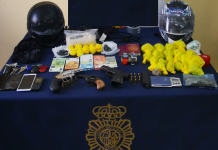 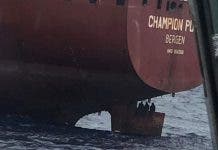 Kirsty Mckenzie - 27 Oct, 2020 @ 16:15
THREEBrits have been arrested in connection with an armed robbery at a Marbella restaurant.  Cops say the suspects stormed...