THE total number of coronavirus cases has jumped to five, but the government is still going to Phase Two of ‘Unlock the Rock’.

Chief Minister Fabian Picardo told the public they were now ‘the front-line of the battle against the virus’ with the lockdown finishing at midnight.

Although all of the general public would now be able to leave the house when they want, gatherings of more than 12 people are banned.

The government advice is still that people, especially the over-70s, stay at home, as the best way to prevent the spread of the virus.

“Let us celebrate the end of the lockdown not with a party but with a pledge,” said Picardo.

“A pledge to continue to keep each other safe by observing the rules of social distancing.

“A pledge to continue to be prudent in the exercise of our freedoms.

“A pledge to continue to work together to ensure that we win every round against COVID-19.”

Despite the warnings, the amount of people going down Main Street and at beaches continues to rise as temperatures soared to 27C today.

The containment of people in Gibraltar has increased with no access to Spain, even with local bars and restaurants still closed.

The release of the lockdown has for the first time in ten weeks means that relatives can meet each other in person, a normal side of Gibraltar society.

But the warning against returning to ‘old habits’ was an ever present in Picardo’s speech, urging ‘the community spirit’ to commit to ‘a greater good’.

The Chief Minister asked the general public to ‘use common sense’ in every situation, washing their hands and staying two metres from each other.

These rules have been hardest for Mediterranean ethnic groups used to hugging and kissing as a greeting.

Random testing is now ongoing that will locate those still infected.

Sources indicate it could have led to the discovery of three new cases, bringing up the total confirmed to have caught COVID-19 to 151.

After daily press conferences ended on Monday with the Chief Minister sharing his personal feelings live, the flow of information has slowed down.

What we do know is that the latest tests have been targeted at health workers of the GHA, and these could have led to these new cases being discovered.

However, none of these cases have needed hospital treatment and are all recovering at home.

Only one Gibraltarian has died so far, but he lived abroad, with the situation locally being kept under control after the first cases in March.

Despite this success, Picardo has urged people not to ‘led down our guard’ as the ‘COVID infection is still out there’.

“You must be ready to remind friends, relatives and strangers that they too must follow the rules,” said Picardo.

“That is how you will put us in the strongest position to deal with this virus as it lurks in the
background.

“If we become complacent and return to old habits, there is a real risk that the virus can spread again.”

He said that ‘there will be new clusters’ but that we should not let that become a wave.

One of the main tools to fight the spread, contact tracing, will still take three weeks to perfect, with the app set to be ready by mid-June.

Testing will also continue for people who call 111, with results processed as quickly as within 24 hours thanks to a second facility being set up at the Gibraltar university.

This will also allow 2% of the community to be tested daily, an ambitious programme which is already taking place.

An antibodies test will also be carried out in the future, letting us know just how many people have had COVID-19 and recovered.

When this will happen is still not clear, with health chiefs wondering if to do it now or in September, after a possible surge of cases over summer. 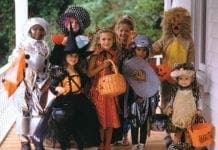