DISPOSABLE gloves and masks have been found lying on the Mediterranean seabed by environmental campaigners.

French campaign group Operation Mer Propre (Operation clean sea) has released a video of discarded masks and gloves littering the seabed in the waters of the Mediterranean near Golfe-Juan in southern France.

Laurent Lombard, Operation Mer Propre’s founder, shot the footage while on a dive, during which he found five face masks and four latex gloves mixed with plastic waste found on the seabed.

“We haven’t found enormous quantities of it, but this may be the beginning of this type of pollution,” he said.

The group warns that the world now faces more pollution linked to the COVID-19 pandemic. If nothing changes, disposable masks and gloves could become a new ecological disaster.

“Usually, we are collecting plastic, so gloves and masks are new for us, and while we can spot gloves easily, it is harder for masks.” Laurent said.

“At the moment, this is the first sign of an advanced type of pollution we will see if nothing is done. As soon as it starts to rain all the rubbish coming from the gutters in costal areas will end up in the sea. So we could see more in the weeks to come.”

The group said the COVID-19 litter could get worse as more beaches reopen.

Warning that gloves, masks, personal protective equipment (PPE) and all those plastic residues from the fight against the virus that are not disposed of properly could trigger a fresh wave of plastic pollution.

A WWF (World Wildlife Fund) report warns: “If only 1% of the masks were to be disposed of incorrectly and dispersed in nature, this would result in up to 10 million masks per month polluting the environment.

“Considering that the weight of each mask is about 4 grams, this would result in the dispersion of more than 40,000kg of plastic in nature.”

As previously disclosed by the WWF, the Mediterranean already sees 570,000 tonnes of plastic dumped into the sea each year, the equivalent of 33,800 plastic bottles every minute.

In countries like Spain and Italy, it’s estimated that during the de-escalation phases, one billion masks and half a billion gloves per month will be needed. Material if not disposed of properly could be catastrophic for the environment.

The EU introduced a set of rules to tackle marine litter last year, including a ban on single-use plastics like cotton bud sticks, cutlery and straws. Environmental campaigners now fear that the EU ban, to be made into law at a national level this year, will be delayed amid the pandemic.

COVID-19 hygiene concerns have also seen a return to single-use plastic cups, including at Starbucks where reusable mugs had been prohibited.

Ecologistas en Accion, the Spanish environmental group, also alerts of an increase in this type of waste in the streets, especially after the Central Government made the use of face masks mandatory.

In addition, health experts warn that used masks and gloves littering the streets of Spain ‘can still carry coronavirus.’ 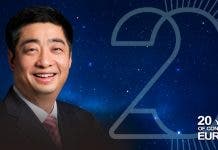