SPANISH police have arrested 34 people who were smuggling toxic waste from the Canary Islands to Africa.

Amongst the 2.5 tonnes of material were electrical goods destined to be melted down rather than disposed of safely.

The organised crime group was dismantled by the Guardia’s environmental arm  SEPRONA, with the support of Europol and the Italian Carabinieri.

Those arrested are also suspected of document fraud to carry out their illegal activities.

The criminals loaded maritime containers with second-hand items, such as vehicle parts, household goods, and a huge amount of electrical waste and electronic equipment.

Investigators say that the unwanted electronics were shipped to several countries in Africa – mainly Nigeria – to be sold on to buyers there. The items were all obsolete and  not fit for use as the criminal network had sourced the equipment from rubbish bins, flea markets or simply from the street after they had been dumped.

One Italian woman was arrested for preparing customs clearance documents for the electric appliances stating they were in working order.

Under Spanish and EU law, electronic devices – particularly fridges – must be disposed of properly by licenced businesses.

They can contain cadmium, mercury, lead, arsenic, oils, gases and other harmful substances.

Europol, which helped the Guardia Civil in the investigation, said that informal operations in developing countries, often employing underage workers, use open fires to melt some parts in order to extract aluminum and copper among other minerals. 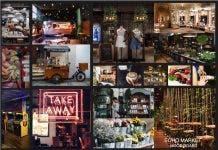 Kirsty Mckenzie - 27 Nov, 2020 @ 17:45
BLACK Friday is expected to give a boost to Spanish businesses as a record number of shoppers flock to shop online to...