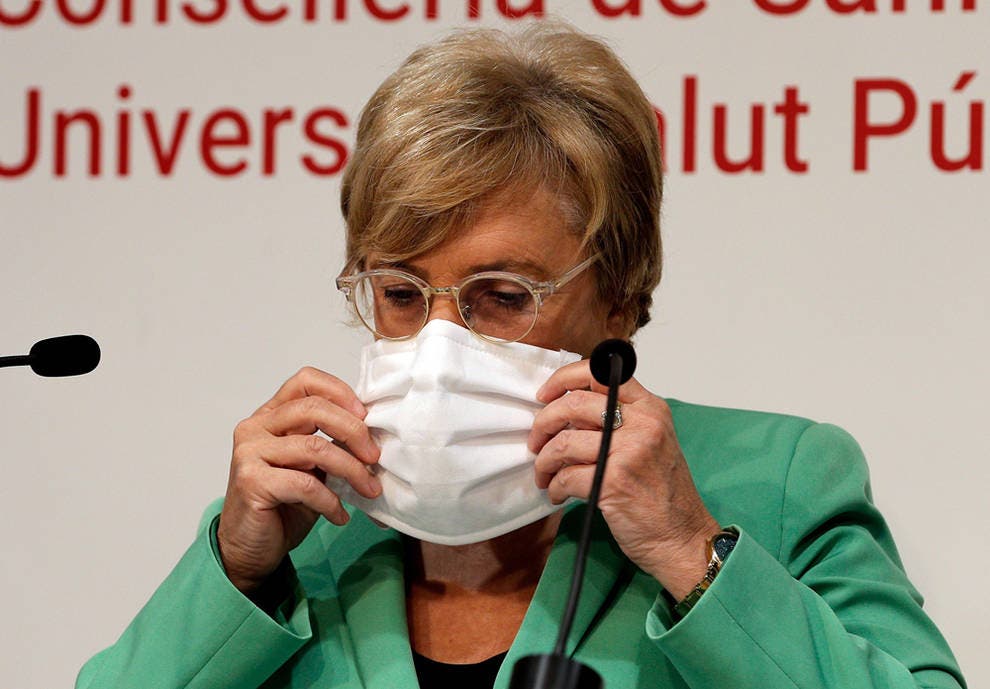 SPAIN´S Valencian Community, which includes the Costa Blanca, has today(July 18) announced that the compulsory wearing of masks has been extended with immediate effect.

Regional health minister, Ana Barcelo(pictured today), said that masks will have to be worn all the time outdoors and inside in all public areas.

The exceptions cover beaches, swimming pools, and nature areas as well as people with respiratory issues and certain disabilities.

Ana Barcelo said:- “We are trying to stop the spread once again of the coronavirus within the area, and we recommend that masks also be worn in private areas.”

Some 20 active outbreaks in parts of the Valencian region including Santa Pola and Gandia have been reported in recent days.

The Valencian Community´s position has changed dramatically over the last week, as other parts of Spain like the Balearic Islands, Andalucia, Catalunya, and Murcia had already extended the mandatory wearing of masks.

One area where the rules are non-negotiable, according to Barcelo, are outside terraces of bars and restaurants, where if customers are not eating or drinking, they will have to wear a mask.

“The mere fact of sitting at a table on a terrace does not mean that anybody should be unprotected,” the minister commented.