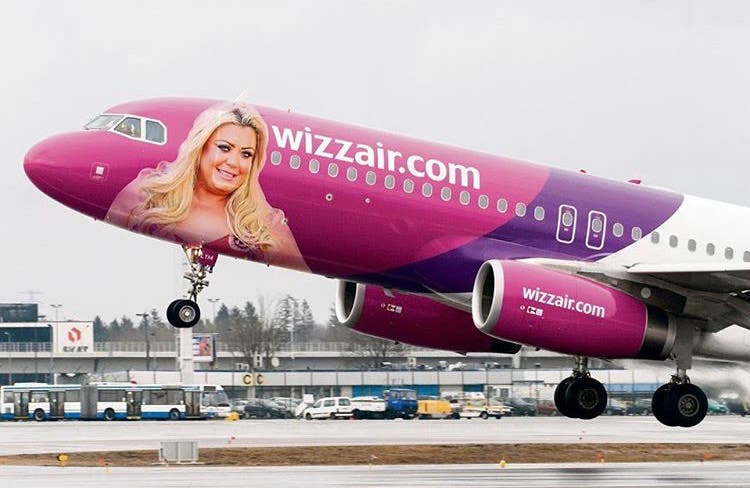 “Welcome on board BABY !! LETS GO !!! Don’t forget your masks and who wants Prosecco ! There’s only one way to travel !!! WIZZ AIR,” announced the diva to her 1.9 million followers on Instagram.

The GC will be part of a drive to motivate Brits to travel abroad now air bridges have been established between multiple European destinations.

Alongside a ginormous photo of Collins’ face, the Wizz Air planes will be painted magenta pink— the reality star’s favourite colour.

But Collins didn’t rest in the 30C heat. Instead, she continued her latest fitness regime poolside.

Collins later revealed to fans that Argent had called her a ‘hippo’ as their relationship deteriorated.

“It’s not all fun in the sun guys, we are exercising today. We’ve just done deadlifts, squats, press ups, lunges and we’re now off for a run,” she told fans online.

It has not been confirmed whether Collins travelled to Marbella on a Wizz Air plane.

During her pandemic reality show Diva in Lockdown, Collins told her family she’d be flying them to sun and sand in a private jet when lock down measures were eased.