Home Andalucia Memorial for Swedish expat who was kicked to death by husband on... 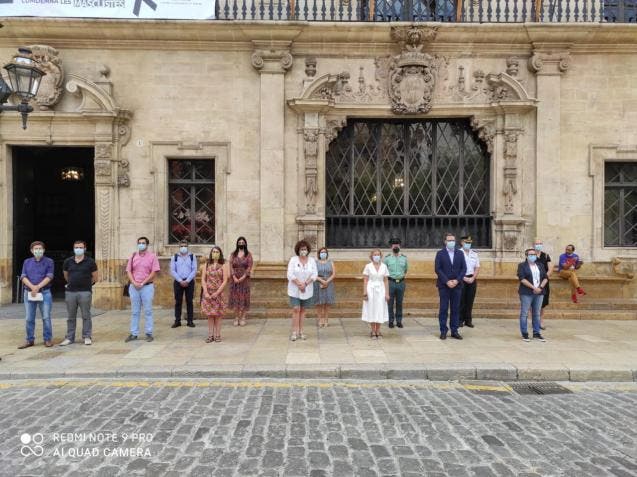 A MINUTE’S silence was held outside Palma City Hall to pay tribute to a 52-year old Swedish woman beaten to death by her husband in Palma.

Lillemor Christina Sundberg was found by police in a pool of her own blood after her husband reportedly kicked and hit her in the face multiple times.

Police say 55-year-old Spaniard Jose Ignacio Blesa attacked his wife during a blazing row at their home in Son Cotoner.Reportedly, Blesa had stormed out of the apartment the night before, taking with him Sundberg’s money and phone to prevent her from leaving in his absence.

When he returned, Sundberg confronted her husband and was punished with a violent beating.Sundberg’s roommate called the police when she saw the victim bleeding to death on the apartment floor. She was then rushed to intensive care but lost the fight for her life on Tuesday, after eight days in Son Espases Hospital.

Blesa has been arrested and remains in custody. He told the police he had a mental disorder and refused to provide a further statement.

Sundberg had previously reported her husband’s abuse to the police, which saw him issued with a six-month restraining order in March 2019.

But, when the protective measure expired last September, authorities failed to renew it.Sundberg was the first fatal victim of domestic violence in Mallorca this year.

However, in 2019, the Balearic islands had the highest rate of domestic violence in the whole of Spain.Palma’s mayor, José Hila, said the murder “reminds us that we must work in order to make equality real and ensure that there are no men who believe that a woman is their property”.