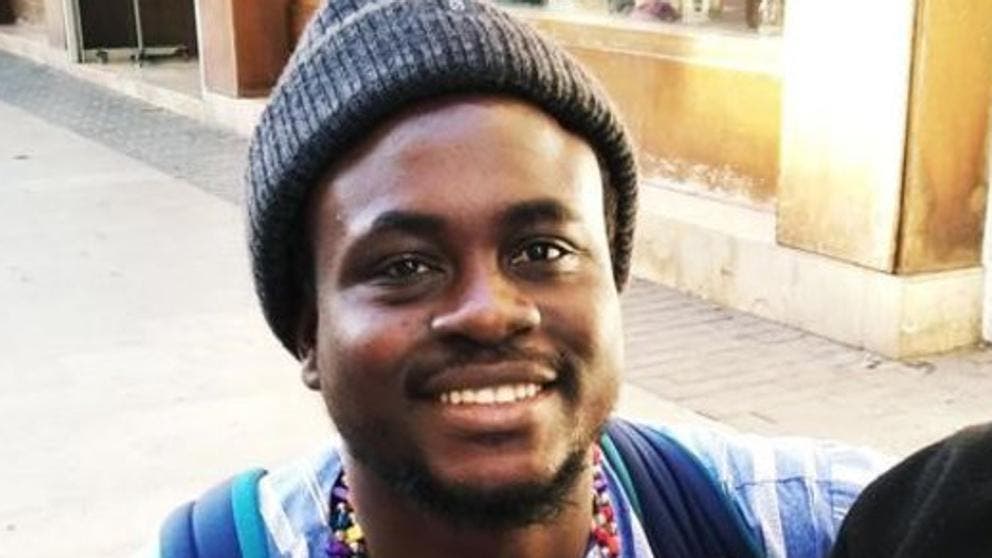 A Senagalese street vendor who became a hero last December after leaping into action to save a man from a fire, is now a fully-fledged Spanish national.

21-year-old Georgui Lamine made international headlines when he climbed a wall to rescue a Denia man who had taken refuge on his balcony after an apartment fire.

Alex Gaudeli, a wheelchair user, was carried down by Georgui on his back, who also made sure that his dog was safe and sound.

Denia council immediately backed a bid for the undocumented hero to be given residency status due to “exceptional circumstances”.

The application for a six month work and residence permit was approved by authorities in January, and seven months on, he is now a Spanish citizen.

Georgui lives with his partner Gaya and their one-year-old daughter Ndeye in Gandia, and another baby girl is on the way.

“A bright future has opened up for my family and what happened back in December has now inspired me to want to become a fire-fighter,” said Georgui.

He was modest about the events of December 6: “There was a trapped person that had to be saved. What happened to me afterwards was just a bit of good fortune.”

The unexpected hero came to Spain in August 2017 and has tried to make ends meet since then by being a street seller in Denia.

After his exploits last year, he ran away from the scene because he was illegally staying in the country, but the man he rescued, Alex Gaudeli, tracked him down days later to pass on his thanks in person.

“I now keep in contact with Alex on a regular basis”, said Georgui.

Boosted by his new Spanish status, he hopes that street-selling will be very much in the past in the not-too distant future, especially as this year’s State of Alarm meant that he could not trade for two months.

“Now I want to be given a chance and to get a secure job”, he added.