THE Spanish Foreign Minister said that she wants a ‘win-win result’ but it depended on the UK’s talks with the European Union.

The meeting was held as the Spanish Foreign Minister met with the different mayors of the Gibraltar Campo.

It follows the signing of four Memorandums of Understanding (MOUs) on tobacco, police, environment and citizens’ rights to replace the EU relationship.

A tax treaty has also been signed to give Gibraltar a more sustainable position alongside Spanish law going forward.

“We have recorded our deep satisfaction with the progress that has been achieved by the committees established under the MoUs.

“They have addressed important practical issues and created a climate of confidence between us.”

He said that while there was a lot of work to be done in not much time he was committing all the resources he could to the talks.

“We can turn this into a rainbow of opportunities which can turn this region into an arc of prosperity for all of the people who live in and around it,” added Picardo.

However, responding to a question from Gibraltar Chronicle editor Brian Reyes, the Spanish Foreign Minister said the ball was very much in the UK’s court.

“If the UK leaves the European Union without a settled arrangement that guides the future relationship it will be lose-lose,” warned Gonzalez Laya.

“It will be lose for Spain, the UK, the EU, the Campo and Gibraltar.

“This is why I do not think the most prudent approach today would be to bet on a no-deal future between the EU and the UK.

“The most intelligent thing to do today would be to negotiate, to agree, to give it a framework and make sure we respond to the best interests of our citizens.”

She again stated that the conversation was ‘between UK and Spain’ but the way the UK treats Gibraltar’s voice was their issue.

So far the UK has given Gibraltar’s delegation a prime seat at the table, giving them an opportunity to defend their interests.

The Gibraltar Campo mayors, however, told the Spanish Foreign Minister they would like to have a backup plan if the UK cannot create a future relationship with the EU.

The current COVID-19 crisis has only made the area’s reliance on Gibraltar even greater, with the Rock giving about €500 million to the region every year. 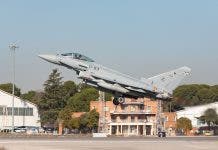