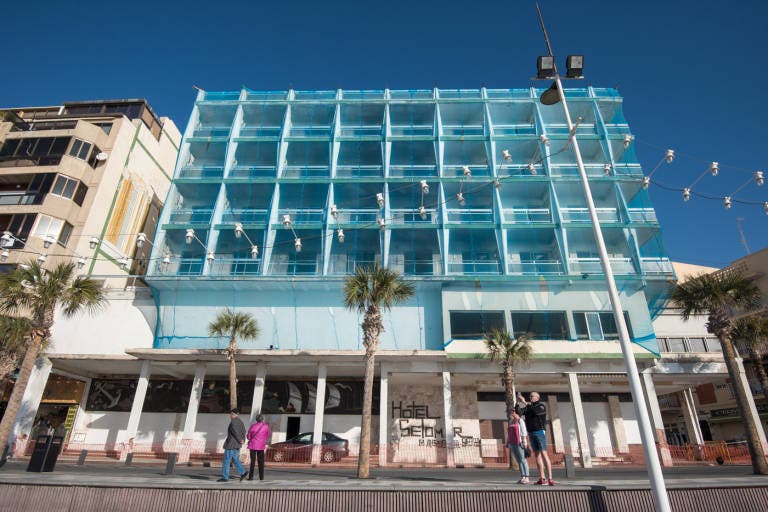 PLANS to sort out a Benidorm eyesore appear to have taken a massive step forward with a major redevelopment of the Selomar Hotel now set to go ahead after five years of delay.

A building licence is now expected to be granted after Benidorm council went through a major process that in effect allows changes to go through to the satisfaction of the Provincial Coastal Authority.

The Authority oversees a series of strict laws over coastal developments and was not happy at what had happened previously at the Selomar.

Over the years it was said that the original hotel balconies went out too far and that road access issues were not properly sorted.

The hotel, which is in a prime spot overlooking Levante beach, was built in 1973 but was closed down in 2007 and left to decay.

It suffered serious damage in a fire started by squatters five years ago, and has acquired the unwanted reputation of becoming one of Benidorm’s biggest eyesores.

The previous owners flouted council orders to clean up the facade after the fire, but eventually did some work in April 2017.

The Hispania group through their Bay Hotels and Leisure bought the Selomar for €15.6 million three years ago with plans to spend up to €17 million on a full refurbishment.

They even had hopes of reopening the building last year, but the demands of the Coastal Authority on Benidorm council led to a major hold up.

The hotel plans will see it open as a four star establishment with 245 rooms.