THE former Commissioner of Police has called for an independent judicial inquiry into his early retirement.

In a statement Ian McGrail communicated through his lawyer that ‘Gibraltar requires a definitive, well-informed and detailed assessment’.

A UK high court judge would then be able to clarify the reasons for his retirement.

McGrail had two years left in the job when he left the top policing post in early June.

The retirement was followed by discussion in the Gibraltar Parliament, articles in the press and social media comments.

In his statement McGrail revealed that ‘the notice issued under section 34 of the Police Act by the Gibraltar Police Authority which triggered the entire process was withdrawn by the GPA following strong legal representations’.

The Police Act of 2006 states that the Commissioner could be asked ‘to retire, in the interests of efficiency, effectiveness, probity, integrity, or independence of policing in Gibraltar’.

The Act gives the Commissioner the possibility of appealing the decision of the GPA.

The statement by the former commissioner added that ‘the Government paid a contribution to McGrail’s legal costs’.

“Without an independent judicial assessment, there is a real risk to the reputation of Gibraltar as an advanced Parliamentary democracy under the rule of law,” said the statement.

“The matter of the early retirement of a constitutional office holder requires to be taken seriously.

“Mr McGrail calls for an independent judicial inquiry by a High Court judge from the UK to be convened without delay.”

The deepening crisis will be discussed in Parliament on July 31. 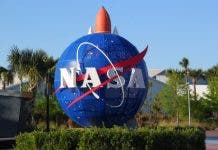