A LANDLORD in Huelva has been nabbed for using a spy pen to film his female tenant in the bathroom.

Policia Nacional arrested the suspect after finding a six-minute video with nude images of his female tenant stored on his computer.

The discovery was made last weekend when the woman, who had been living for three years in a rented room in a house, observed suspicious behaviour from the homeowner.

The woman had invited her sister, daughter and friend of the daughter to spend the weekend.

On returning from the beach, one of the women went to the bathroom with the intent of having a shower.

However, she was intercepted by the landlord, who insisted he needed to enter first in order to use the toilet.

The women then entered the bathroom. There she noticed what looked like a pen that had been placed in the toothbrush holder.

Suspicions that it was an image-recording device triggered off a dispute between the women and the homeowner and a resulting scuffle over the pen.

In the struggle to gain possession of the item, the device broke revealing a micro SD card inside.

The police were called immediately and informed of the recording device and the woman’s suspicions that she had been filmed naked in the bathroom.

The landlord voluntarily agreed to show the officers his computer, which contained a six-minute video with nude images of the woman.

The man was immediately arrested and all the computer equipment in the house seized for further investigation. 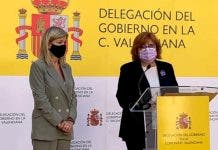