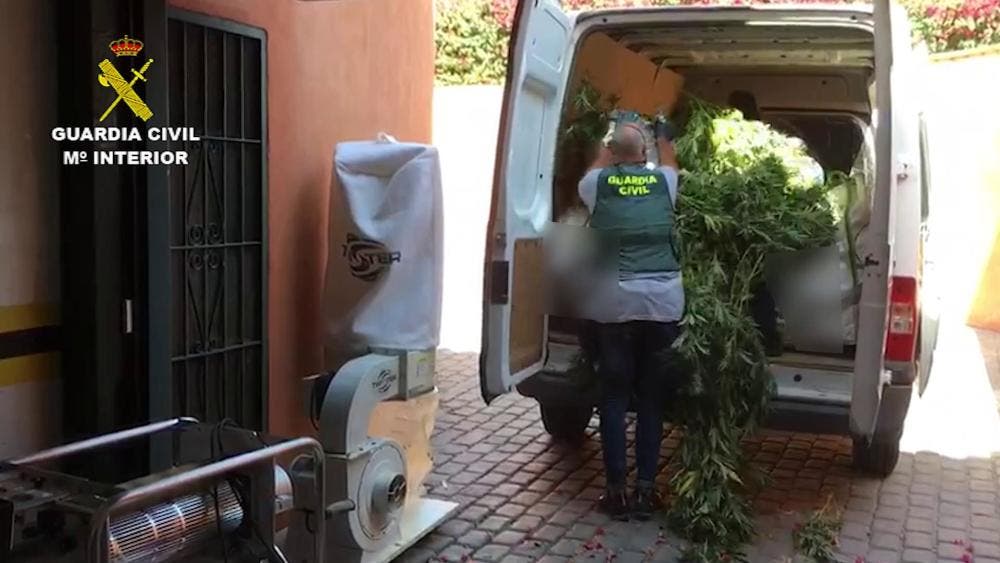 THE Guardia Civil has arrested a gang that rented three luxury golf villas on the Costa Blanca which they converted into marijuana farms.

Four men from Lithuania, Russia, Albania, and Vietnam were remanded into custody by an Alicante judge, while a Lithuanian woman was granted bail.

The group took out leases on the high-end properties in the San Juan area of Alicante with an average monthly rent of €3,500 each.

3,000 plants and 25 kilos of marijuana buds were seized by the Guardia in a two-stage operation to bring down the gang,.

The first phase of raids saw the Lithuanian ringleader arrested in Finestrat last month along with a man at a San Juan villa.

The building was used as a marijuana farm and authorities swooped after neighbours complained about problems with their electricity supplies that were being syphoned off by the drug growers.

The rest of the gang were rounded up in the second part of the operation.

A Guardia Civil spokesman revealed that the income from all three plantations could have generated annual profits of around €630,000.

The drugs were destined for Central and East European buyers as well as further afield to Asia.

Money raised by the traffickers was then routed to Lithuania.