A NINE-year-old actress has lit up social media after shutting down a Spanish chat show host late last night.

While appearing on El Hormiguero, Luna Fulgencio was asked by the host Pablo Motos if there were ‘any boys or famous guys’ that she fancied, ‘like Antonio Banderas or Mario Casas.’

The young girl, who stars in the series Padre no hay mas que uno 2, instead gave the name of a woman, actress Blanca Suarez.

Not happy with the response, Motos responded: “Well, you like her just as an actress… you don’t have a boyfriend or anything?”

Fulgencio quickly retorted with: “I am nine years old not 26!”

Social media has become ablaze ever since with calls for Motos to resign.

Viewers are accusing the host of homophobia and of being ‘inappropriate’ with his young guest.

One wrote on Twitter: “Luna is 9 years old, she says she likes Blanca Suarez and Pablo Motos responds ‘but you like her as an actress.’

“And that is the everyday homophobia and shame that you instill in us since we were little: heterosexuality is good, but homosexuality is bad.

“Then later you say the gays indoctrinate children.”

“No more Pablo Motos,” another wrote, “society has progressed past the need for Pablo Motos.”

“I swear nothing gives me more disgust than Pablo Motos asking these things to a nine-year-old girl,” wrote another.

Motos has yet to respond to the outcry over the show, which had more than 2.5 million viewers last night, according to El Pais. 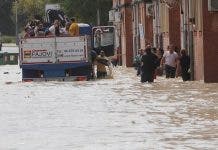 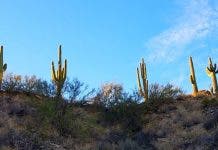