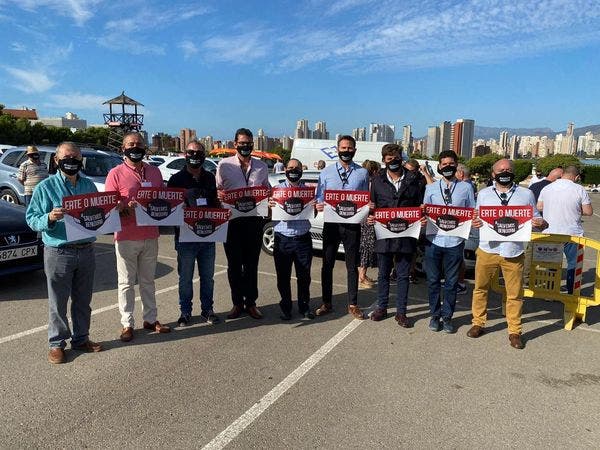 SPAIN’S government announced an extension to furlough payments today(September 29) as Benidorm hosted a motorcade protest calling on the scheme to continue.

The temporary ERTE aid package was due to end tomorrow after it was introduced in the spring in the wake of the coronavirus pandemic.

Payments are now guaranteed until the end of January, albeit with some amendments.

Benidorm’s tourist and hospitality groups joined forces for a Tuesday morning demonstration through the local streets.

Banners proclaiming ‘ERTE or DEATH’ were pinned to vehicles in the protest led by a tourist bus.

Local associations claimed that over a million jobs directly and indirectly linked to tourism and hospitality would disappear across Spain if emergency furlough measures were not extended.