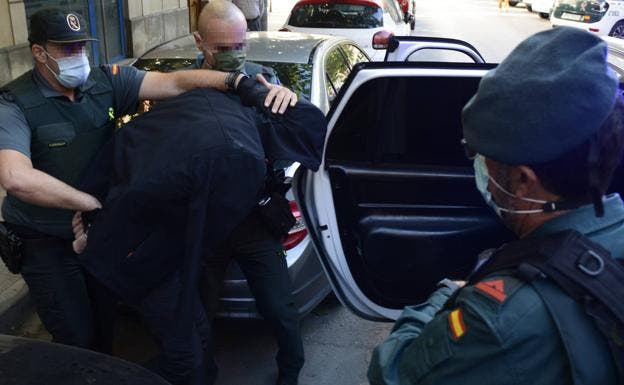 A BRITISH fugitive accused of running an arms trafficking gang in Spain was arrested this morning(October 14) in Murcia City.

The man was identified by the Guardia Civil as having the initials T.A. and has been on the run for five years from UK authorities over violent assault charges.

No further details were revealed about the British national.

He was detained, along with a woman, by Guardia agents on Calle Cartagena in the El Carmen area of Murcia City.

The British man is alleged to have headed the gang that trafficked arms and are also facing fraud and theft charges.

The Guardia Civil said they recovered a number of firearms from the fugitive’s home.

Six house searches were made in Murcia City, Santomera, and in Las Torres de Cotillas, with eight people arrested in the coordinated early morning raids.

Authorities say that the operation is ongoing and further arrests are not ruled out.