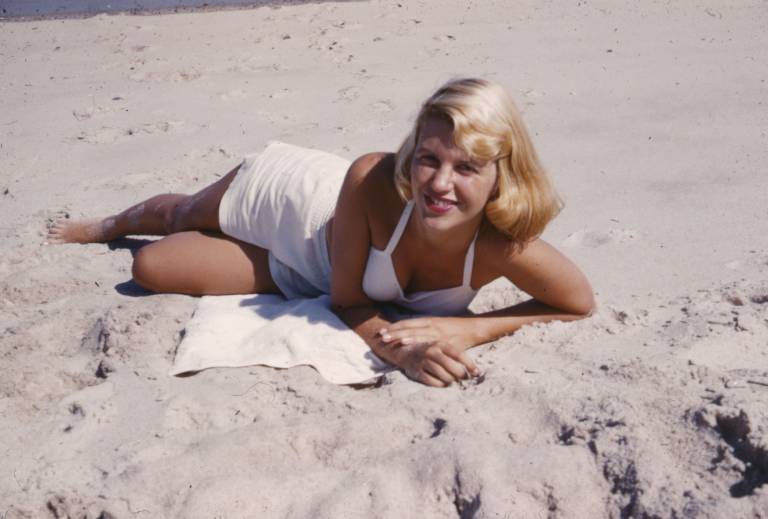 BENIDORM features in a movie currently being shot that tells the honeymoon story of renowned American poet Sylvia Plath and one of Britain’s greatest 20th century poets, Ted Hughes.

It’s the second film to have involve Plath and the city, as a full-length fictional tale, ‘It Snows in Benidorm’ is released this November in Spain.

Plath and Hughes holidayed on the Costa Blanca in the summer of 1956, and local director, Maria Anton Cabot is using local people as actors and extras for her project.

Shooting has been taking place at locations around Benidorm including the Levante beach area where Anton Cabot met up with mayor, Toni Perez.

The so-far untitled short film is pencilled in to be screened at national and international film festivals.

Sylvia Plath and Ted Hughes married in London just four months after they first met and went on honeymoon to Paris, and then onto the Costa Blanca.

They appeared to enjoy their time in Benidorm because they spent around a month there.

Sylvia Plath’s stay is said to have inspired a number of her greatest works according to her diaries, including an acclaimed short story called ‘That Widow Maganda’ which was based on her observing a local house.

Plath was a depressive and ‘bared all’ as a confessional poet who was seen as a trail-blazer.

Seven months after she heard that Hughes was having an affair, she took her own life in London in February 1963 at the age of 30.

Plath has attracted a lot of movie interest as last weekend saw the premiere of ‘It Snows in Benidorm’ at the Valladolid International Film Festival.

It goes on general release in Spain on November 13.

Shot around Benidorm at the start of the year, it stars Timothy Spall and Sarita Choudhury in a 1956 fictional tale where a retired British banker(Spall) visits his brother only to find that he has vanished.

He finds out that the police are not that interested as they are obsessed with the fact that Sylvia Plath is in the area.