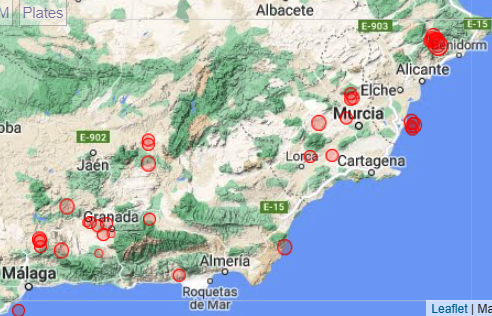 This morning, one of the strongest quakes this week was felt at 2:47am, when a tremor hit the Mula area, 22 miles west of Murcia.

With an epicentre 10km underground, it registered 2.4 in magnitude, equalling tremor intensities felt elsewhere in the region this week.

A mild after shock was later felt in Girona, on the northern border with France.

The strongest of the recent earthquakes was the 3.6 tremor that shook the hills above Benidorm on Tuesday morning, November 3.

Ignoring minor tremors of less than 2.0 in magnitude, today’s quakes bring the total felt in Spain and offshore to 24 this month alone.

Dose anyone love Spain’s Costa del Sol as much as Scandinavians?