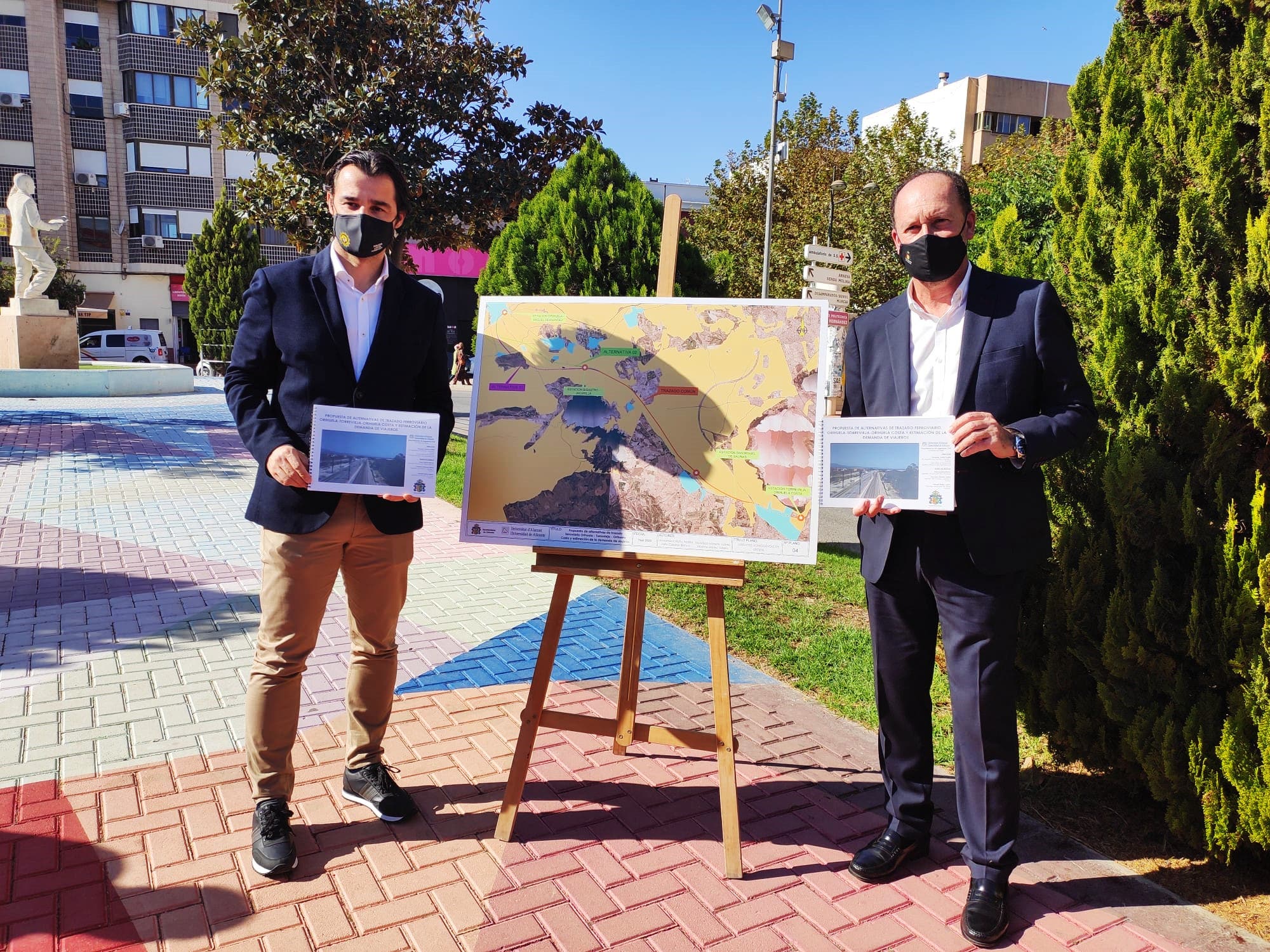 BOTH Orihuela and Torrevieja mayors have come together to promote a rail link project direct into the coastal part of the region.

Emilio Bascuñana and Eduardo Dolón made a rare appearance together yesterday, November 10, to show unity in their desire to bring the “Traced Orihuela-Torrevieja / Orihuela Costa Railway” to life.

Orihuela mayor, Bascuñana. described the project as, “responding to the great needs of the Vega Baja, unifying the coast and the interior.”

Dolón, mayor of Torrevieja, admitted: “It is the best news that the Vega Baja region can have, it is a totally viable project and it is the reality that we deserve in the south of the Valencian Community.”

Armando Ortuño, the draft engineer and professor at the University from Alicante, explained how the links would be used for commuter links as well as national and international travel.

President of the Provincial Council, Carlos Mazón, has stated that this project, “will bring an economic impact that can generate employment, more tourism and commercial traffic.”

Regarding the collaboration of neighbouring mayors, he added, “the union of these two municipalities represents the leadership locomotive that we salute and that will bring us great days for the future of the Vega Baja.”