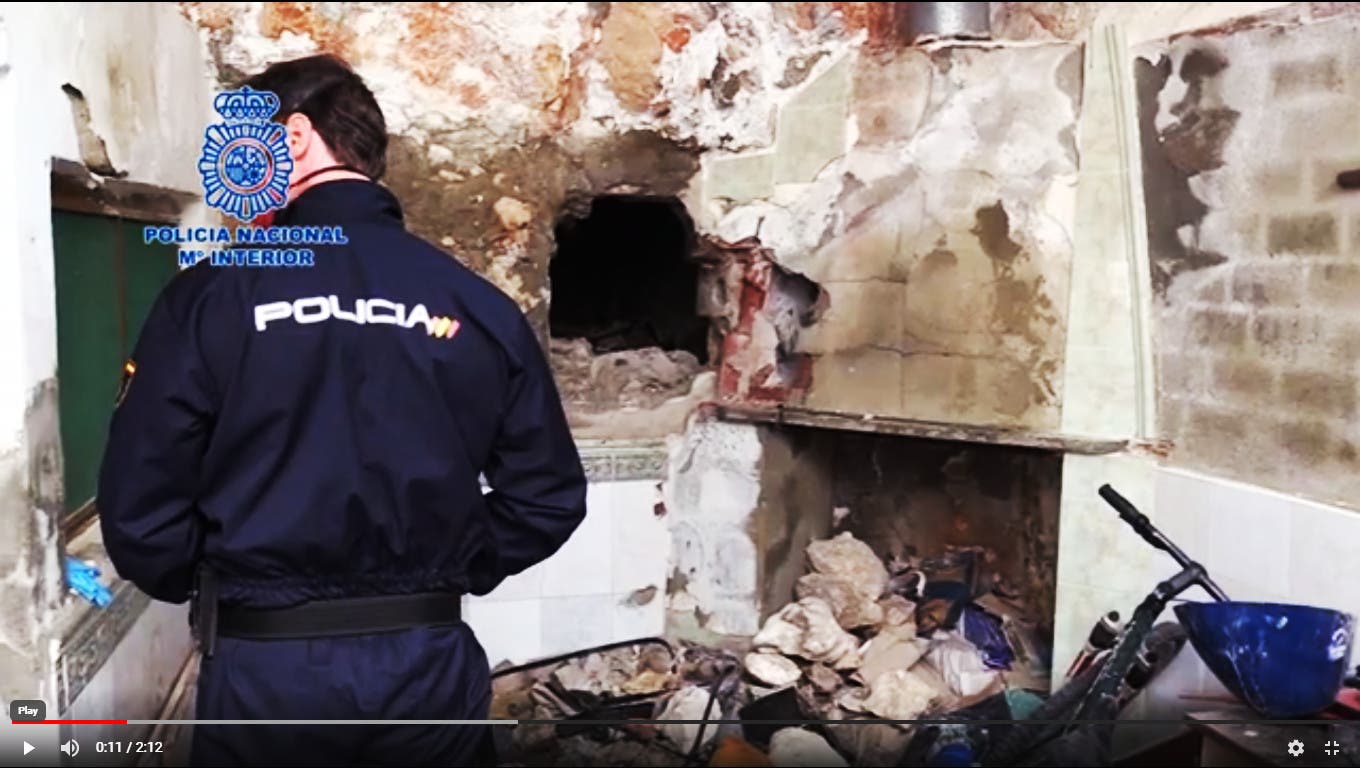 POLICIA Nacional has had to use industrial machinery to uncover a car linked with the murder of a Murcia man, before the victim was found in the woods some 65 miles away.

Three men were arrested for their part in the disappearance of the 35-year old in June 2019.

The trio were initially tracked as part of a drugs trafficking investigation but the trail revealed a connection to the murder in Moratella (Murcia).

Additional intelligence involving a car linked with the disappearance led to a raid on an address in Murcia last Thursday (November 5).

The owner of the property is believed to have dismantled the car on behalf of the alleged murderers, hiding various parts behind the walls of his home.

Agents discovered what they described as ‘a walled cave’ that could only be accessed with heavy machinery and tools.

A team from the Murcia Judicial Police Brigade worked together with specialists from the Behaviour Analysis Section (SAC) to interrogate the suspects and get the exact location of the body.

The victim had been wrapped in plastic in a wooded area in the Sierra de Yecla, 65 miles north-east of Murcia city.

The investigation remains open and sources admit further arrests have not been ruled out.