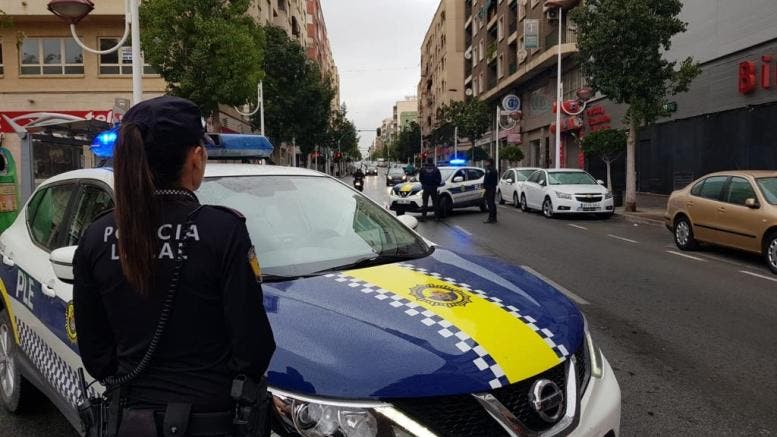 AN ELCHE woman has been arrested for child abandonment after she left her two-year-old son locked outside on the patio while she went to the dentist.

The incident happened at lunchtime on November 27.

Policia Local agents arrived at the house after getting complaints that a child had been crying for over an hour.

A neighbour gave the agents a ladder so that they could peek over the house wall.

They spotted the toddler clothed in pyjamas sitting under a beach umbrella.

The child was on a mat used for dogs and was wet due to a combination of rain and his own urine.

An agent took away the youngster and said that he was ‘clearly nervous and was shivering due to the cold’.

The house doors and windows were locked, but a 17-year-old teenager was aroused from his sleep.

He told the agents that he did not know that his brother had been crying.

He added that his father was at work but he had no idea where his mother was.

As agents tried to find the toddler’s parents, the mother returned home with another of her children.

She said that she had gone for a dental appointment and was promptly arrested for child abandonment.

The toddler was removed from the home and after being found to be healthy, despite his experience, he was put into care.

The other children were looked after by their grandparents.