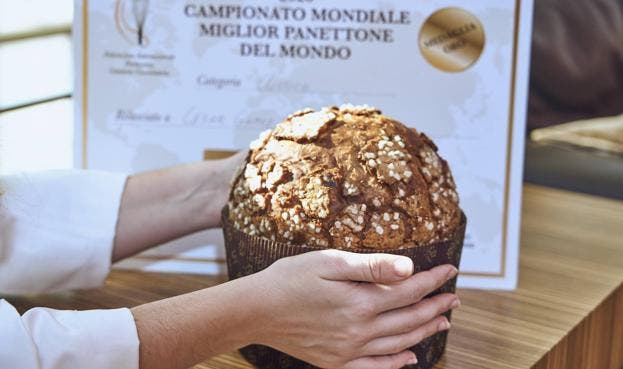 A Valencian Community bakery has won a major Italian award by showing the locals how to make the world’s best panettone.

The sweet bread was originally created in the Milan area and has spread around the globe as a treat that is especially popular over the festive season in countries like Spain.

Fartons Polo sent off some of their special bakes to Rome and got a gold award in a contest organised by the Italian Federation of Pastry, Ice Cream and Chocolate.

The 60-year-old Alboraya-based company has been baking panettones for over a decade, both in a traditional version and one with chocolate chips.

They started work last year on creating an artisan panettone made with homemade sourdough.

Fartons Polo thought they had come up with something special and decided to see how good it was by entering the competition, which featured over 300 international rivals. .

Due to travel restrictions the chefs could not travel to Italy and they sent their entry via courier to Rome, which caused a lot of concern.

A Fartons spokesman said: “Two identical panettones were dispatched to Italy some five days before the contest, and we were very worried about what kind of state they would be in when they arrived.”

The team need not have worried as the five judges gave them a gold award.

“Getting this honour has been a real shot in the arm during what has been a difficult year for us,” the company spokesman added.

As for the secret of their successful panettone, they are keeping the exact process under their hat, but besides the fresh sourdough, the Fartons blend includes vanilla from Tahiti, orange and lemon zest, and cream.