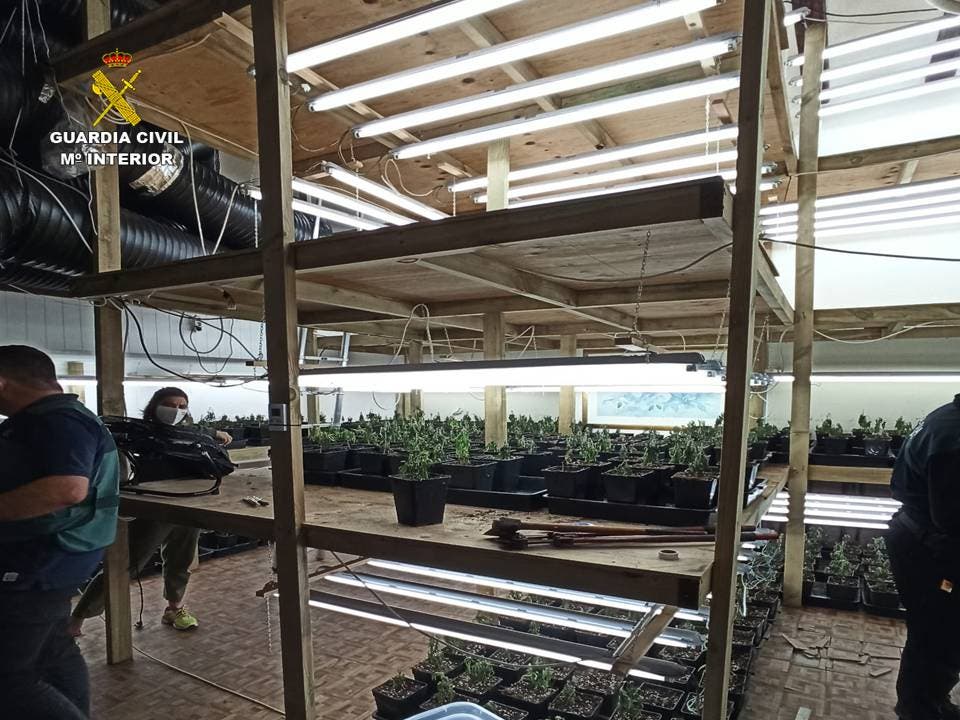 A massive marijuana farm operating out of a luxury Costa Blanca was uncovered after the tenant did not pay his rent for several months.

The Javea property was leased by a real estate agent who had to change the locks because the tenant was way behind on his payments.

The Guardia Civil were called to track down the non-payer and started their search at the villa.

Officers smelt marijuana and discovered three floors of the property dedicated to growing the drug.

A 47-year-old man was arrested two days later when he made an appointment to go into the real estate agency office to pay on behalf of the tenant.

Much to his surprise, he discovered Guardia officers waiting to charge him with drugs and illegal use of electricity offences.

No further information was given about the man.

He was bailed by a Denia court, but had his passport taken away.

The search continues for the person who signed the villa lease with authorities confirming that fake documents were used to secure the rental deal.

Alex Trelinski - 6 May, 2021 @ 14:00
COSTA Blanca politicians will ask the United Nations to designate November 7 as 'World Nougat Day'. The Alicante Provincial Council has approved the move to...