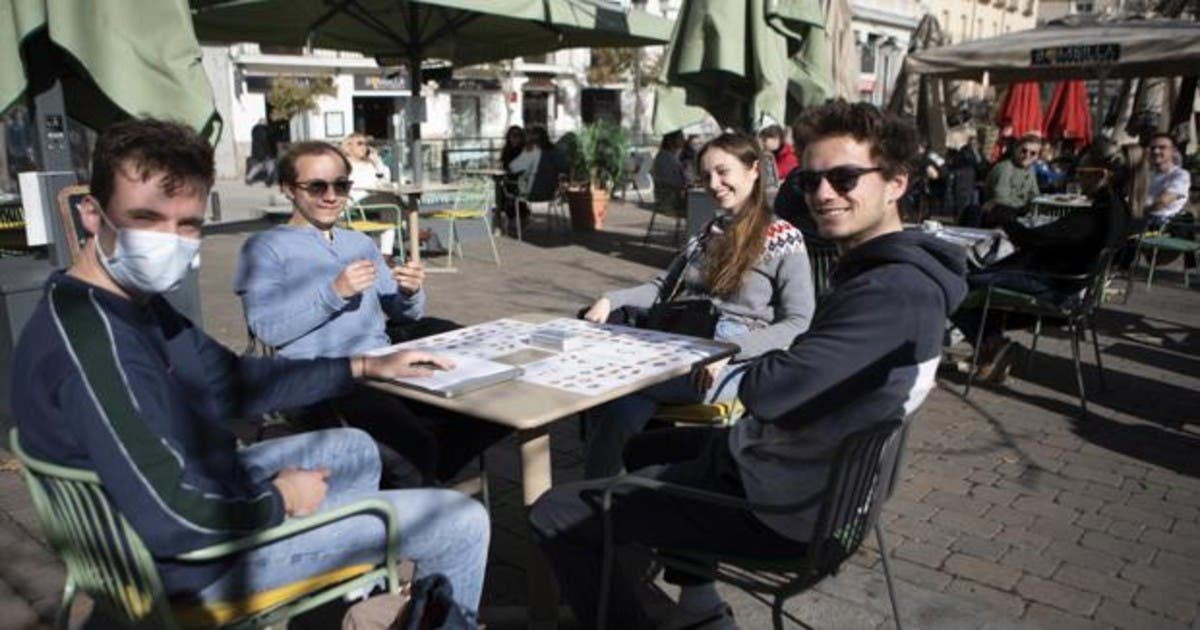 YOUNG French people chasing an open bar or restaurant are travelling to Madrid, where COVID-19 restrictions are less restrictive.

The Madrid regional government has been involved in a number of spats with the national administration over how to handle the pandemic.

They’ve taken a more laid-back attitude to hospitality, compared to many parts of Spain, which have enforced a total closure.

That’s acted as a magnet for younger French visitors who have to endure a 6.00 pm curfew back home and only take away services from bars and restaurants.

“The French occupy six out of ten tables and I think it’s great from a business perspective, because without tourists, we can’t afford to eat.”

French visitor, Adrien Durand said: “Seeing all of the restaurants open was a bit of a shock because in Paris it’s depressing with all of the shutters lowered.”

French tourists overtook UK and German visitors to Spain in December, according to figures released last week from the National Statistics Institute.

Of the 650,000 tourists who came to Spain, more than 164,000 were French, who came in mainly on flights, but some drove at least 800 kilometres from the French border.

They are seen as a lifeline to the hospitality trade in the Madrid area.

Restaurant manager, Lucio Burgos-Cespedes said: “Without tourism, we have nobody,”

There are concerns though that younger French tourists may be causing some problems.

Police have broken up two parties hosted by French nationals which saw dozens of people not wearing masks in rental apartments and flouting the ban on indoor gatherings.

The nationalities may be a coincidence, but some concern has been expressed that some kind of party tourist network may have been set up due to Madrid’s looser restrictions.