Hilarious Robbery Stories : Get ready for some laughs

Robberies are usually not funny, and many times cause mental traumas to the victims. However, sometimes, when the thieves are not experienced and just innocent, they do some things that not only fail their attempt to steal but also are extremely hilarious. Because of these failed robbery attempts, these thieves were caught and had to face trouble

Read on some funny stories, which will make you feel sorry for the thieves.

Solving this case was extremely easy for the police and the reason is not only that the thief tried to steal an in-car GPS from a car set with an internal camera. The thief had a huge tattoo of his name and date of birth on his neck. His tattoo was evidently noticeable to the cameras in the car, making his arrest an easy-peasy job. When arrested the thief also confessed to other offenses that he carried out in the past. God knows how with the huge tattoo giving whole information about him, the thief was able to carry out the past offenses. 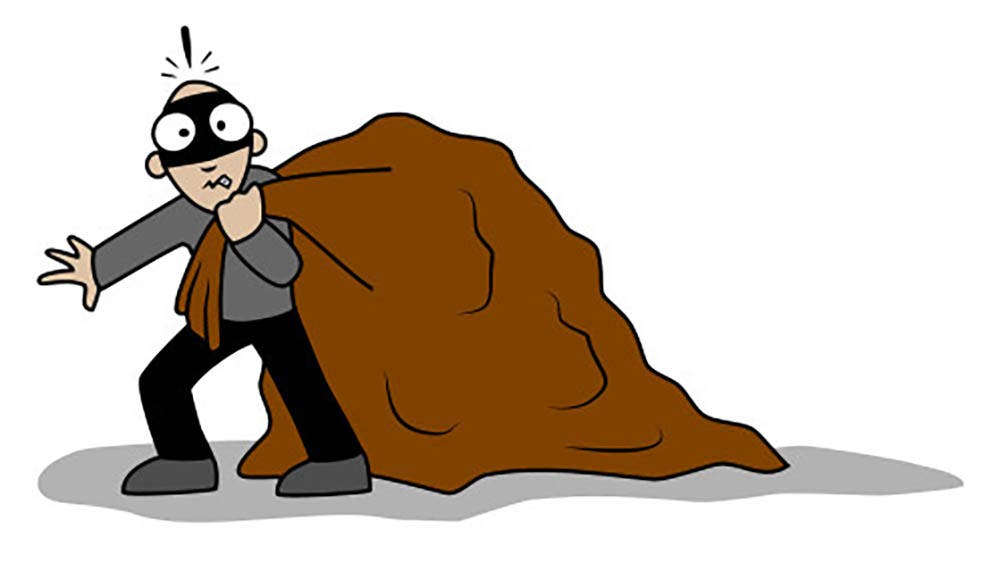 Will you go on a date with the thief?

In Columbus, when a couple was robbed by a trio of thieves who fled with their belongings, they had no idea they would come again face to face with one of the thieves in no time. The girl had not even come out of the shock of the robbery when a man walked up to her and asked for a date. Lucky for the girl, she could recognize the man as one of the thieves and asked a relative to call the police. The thief was soon arrested but imagine what would have happened if he would have not been love stuck and returned to commit another crime.

The thief who threatened to file a complaint

A future burglar threatened to file an official complaint after getting to know a bank had no money. The thief supposedly endeavored to rob a bank not long after it opened, yet in the wake of discovering that the bank had no money to give him, the thief fled the scene while vowing to file a grievance with bank chiefs, police affirmed. A bank client who had been using the drive-through supposedly saw the future burglar escaping the scene and followed him as he left in his vehicle. The unidentified customer called police, who halted the criminal’s vehicle and captured him on suspicion of endeavoring to carry out a burglary. 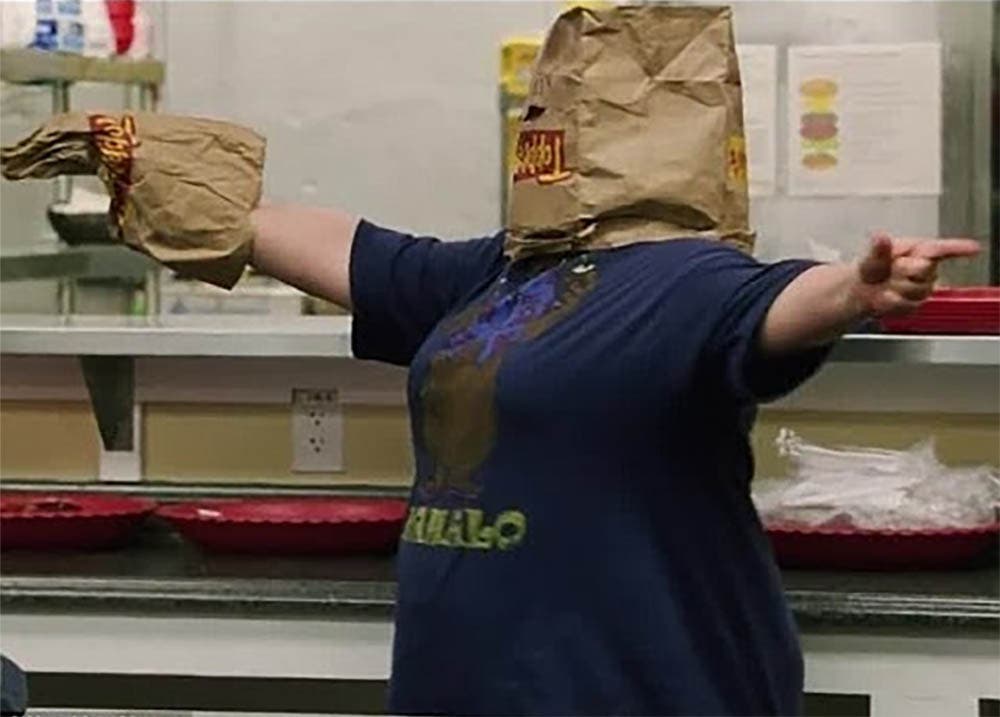 The thief prayed before proceeding with the robbery

A man entered a shop with the intention of robbing it. After the woman came to know about the intentions of the man, she started crying and soft talking to the man. She told him about how he should try to become a good man and fear God. The thief apologized to the cashier and told her he has a young son at home and he needs money for him. He apologized to the cashier in advance and to make the woman comfortable, he took out the remaining one bullet from his gun. He then prayed with the woman but afterward took the phone of the cashier and asked her to go to the washroom so he could proceed with the robbery. The poor woman had no other choice, but once she returned only some money was taken and the rest was left behind.

The thieves who used permanent markers

Two robbers’ master plan had one minuscule imperfection – their ‘camouflages’ involved veils drawn on their appearances with an indelible marker pen. Their vehicle was stopped after an observer announced two men ‘with painted faces’ were attempting to break in. The witness added that the pair were wearing a dim, hooded jersey and had driven off in a major white vehicle. When the police stopped the car, they found the two men, both of whom had what gave off an impression of having drawn fake mustaches on their faces. 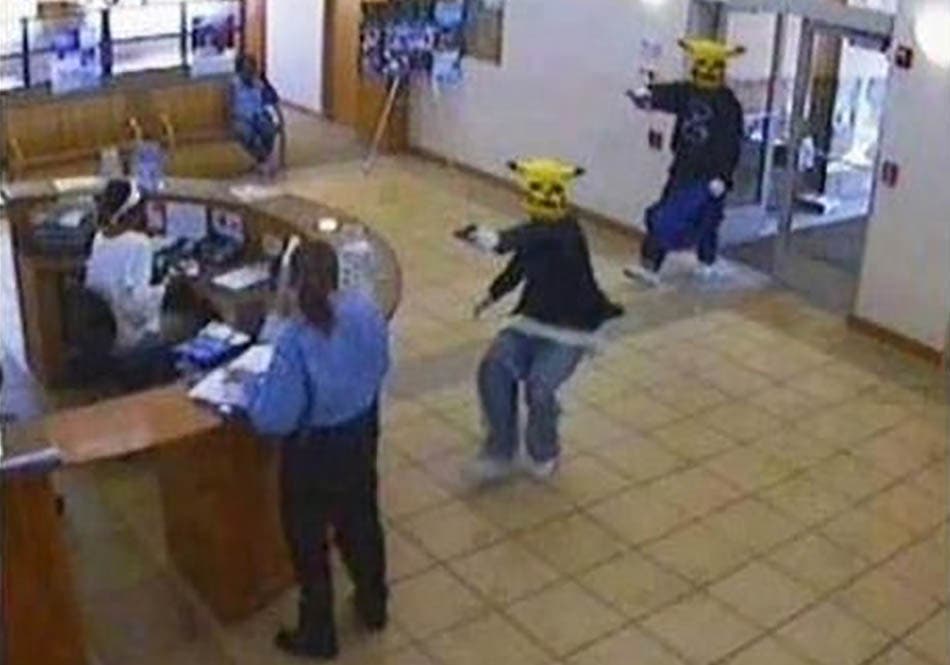 The thief returned the stolen jewelry after 3 years

In 2007, someone broke into the house of a woman and stole some jewelry and around $1,000 in cash. This jewelry was not much in jewelry but had sentimental value for the victim. Some of this jewelry was given to the victim by her relative when they were on their deathbed. After the robbery, nothing could be found about the thief. However, the victim was left surprised when after 3 years, she received a letter from the thief in which they apologized for the theft and returned all the stolen jewelry. Apparently, the thief had had some bad luck from the time he committed this crime. He also mentioned that he will return the stolen money, once he earned enough money. The victim then asked the police to not press charges on the thief, even if he is confiscated.

Voted Spain‘s number one expat newspaper and ‘second in the world’, by 27,000 people polled by UK marketing group Tesca. Also dubbed “The best English newspaper in Spain,” according to the UK’s Rough Guide. The Olive Press is the English language newspaper for Spain. Local news, in particular, from the Costa del Sol, Andalucia, Alicante, Murcia and Mallorca, plus national news from around Spain. A campaigning, community newspaper, the Olive Press launched in 2006 and represents the huge and growing expatriate community in Spain – with over 100,000 printed copies monthly, 50,000 visitors a day online we have an estimated readership of more than 500,000 people a month.
Contact us: newsdesk@theolivepress.es
© 2006 - 2021 Luke Stewart Media SL
We use cookies to ensure that we give you the best experience on our website. If you continue to use this site we will assume that you are happy with it. ACCEPTRead more / Saber mas