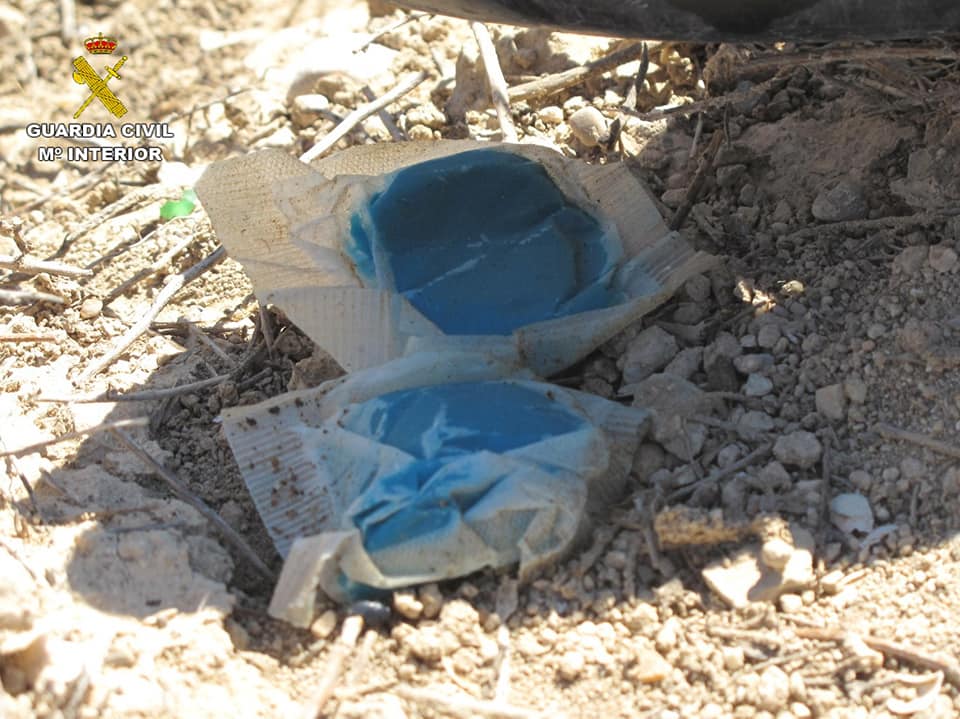 TWO Costa Blanca farmers have been arrested for using an illegal pesticide that poisoned two dogs.

The animals needed blood transfusions to save their lives after coming into contact with the chemical by a Mutxamel farm,

A father and son, aged 70 and 34, were detained by the Guardia Civil and charged with animal abuse by the improper use of a pesticide.

The dog owner lived next door to the offending farm and his pets were poisoned in late January.

He reported the incident to the Guardia Civil and told them he saw the two men on the farm spreading a blue-coloured substance out of a large number of bags.

He confronted the farmers about the poisoning and was given an assurance that it would not happen again.

Two weeks later, the pesticide, used to kill rabbits and moles, started to be used again.

Guardia Civil officers visited the farm and chemical analysis confirmed that the two dogs had been intoxicated by the illegal pesticide.

Officers discovered it all around the farm and also outside the property.

The strength of the poison was such that it could kill any animal and could also affect people, especially children.

The excuse given by the farmers was that they were behind their production schedule and resorted to using the unlicensed chemical due to problems with wildlife damaging their crops.

Investigations are continuing as similar poisonings have been reported in the area.

Meanwhile the two poisoned dogs are recovering well from their ordeal.