Home Catalunya Barcelona UP, UP AND AWAY for space-bound hot air balloon ride from Spanish... 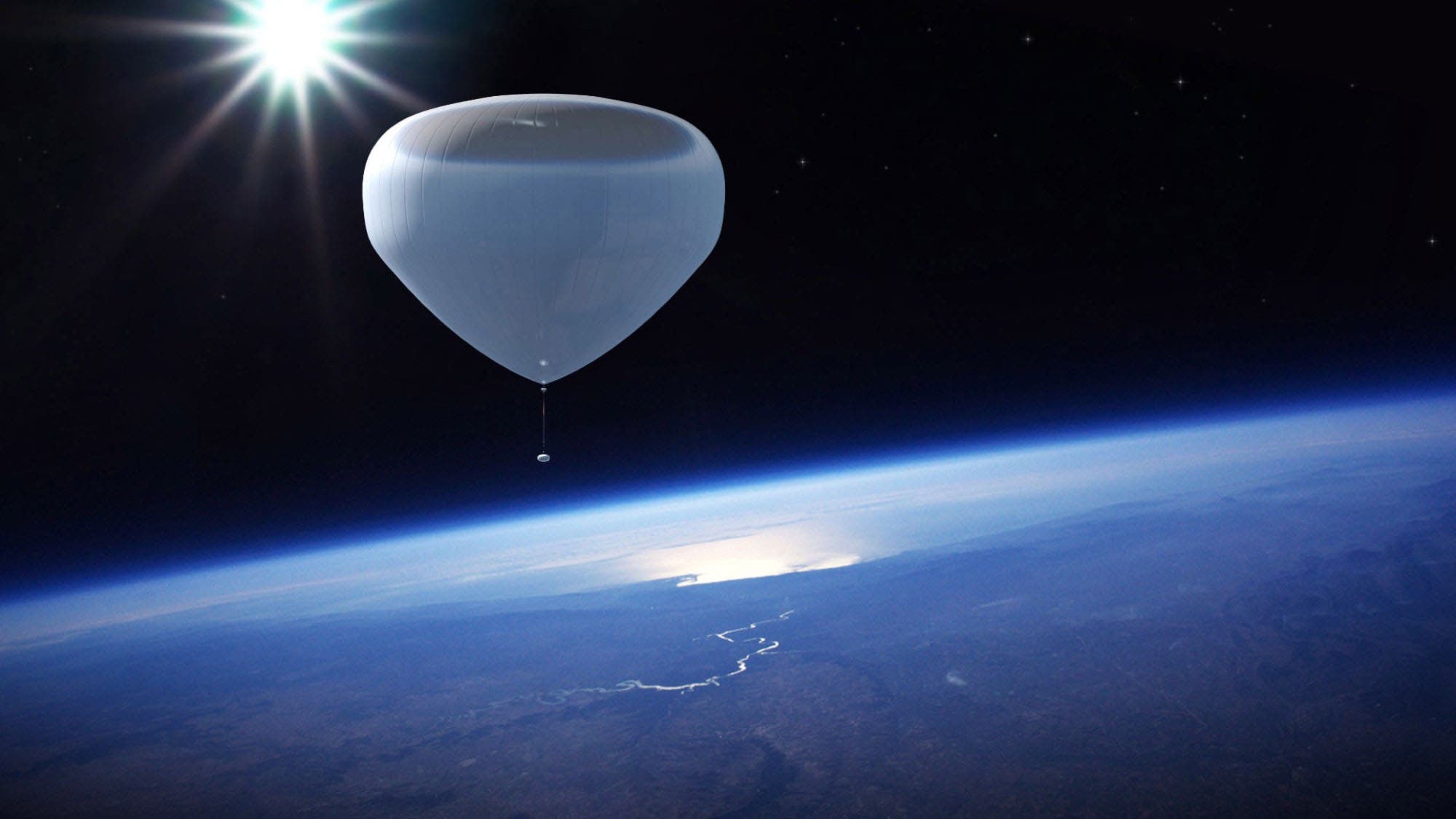 A SPANISH company is to offer a somewhat different balloon ride with a chance to hit the earth’s atmosphere and get some spectacular views.

Barcelona firm, Zero 2 Infinity, was formed in 2009 to develop high-altitude balloons to get close access to space with a low Earth orbit.

A giant helium balloon, known as the Bloon capsule, will take up to four passengers from a Spanish launch site to an altitude of 40 kms above ground.

That is over four times higher than what a commercial airliner reaches.

The ticket price will be a cool €107,000 per person with two onboard pilots.

Once the balloon reaches its altitude limit, the pod with the passengers and pilots detaches itself and deploys a foil parachute for an hour-long descent back to Earth.

No actual public launch date has been announced but test runs are expected later in the year.

Experiments with robots sitting in the pods have already been carried out.