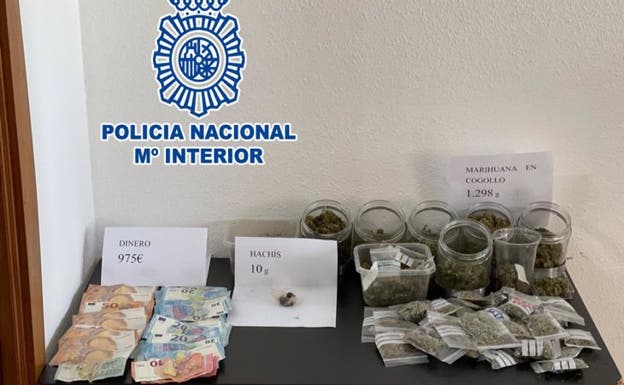 FOUR people behind a Denia cannabis club have been arrested for selling drugs out of city centre homes in the northern Costa Blanca port.

The 28-year-old president, plus the secretary, treasurer and a club member were detained by the Policia Nacional.

Neighbourhood groups reported a constant stream of visitors to an apartment block and passed on their suspicions that something illegal was happening to the police.

The Policia Nacional website also received anonymous tip-offs about the Denia drug dealing and an accusation that one of the addresses housed a marijuana farm.

Plain-clothed agents monitored the comings and goings from the cannabis club headquarters as people left clutching bags of the drug.

That was their cue to make four arrests in addition to seizing 100 marijuana plants and €1,000 in cash during raids on three addresses.