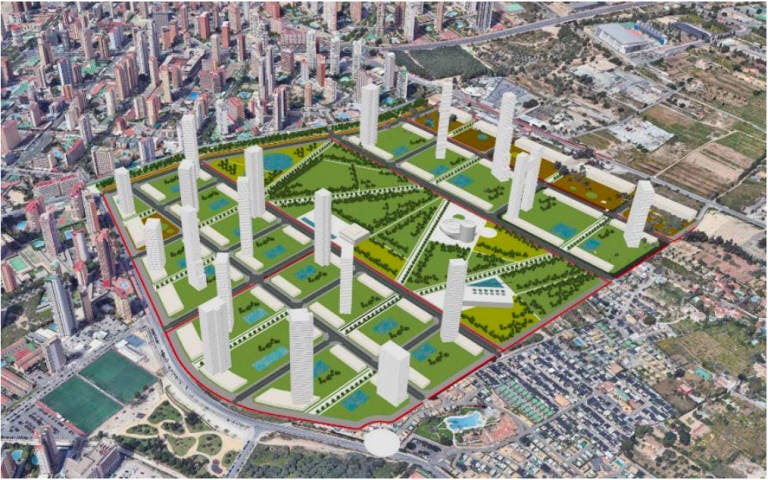 BENIDORM council has endorsed a preliminary plan to develop the Ensanche Levante area of the city which would produce 2,300 new homes in up to 20 tower blocks.

The plans were first unveiled back in 2019.

All of the necessary approvals and paperwork could be ready later this year ahead of final approval being granted for the project, though it is unclear when that might happen.

1,564 holiday homes and 782 residential flats would be created within 20 high rise blocks, some of which would accommodate hotels.

The plan maintains a maximum permitted height of 20 floors for any block, but there could be room for flexibility.

Two-thirds of the land will be designated though as a public area which will include ‘green’ areas, roads, and public buildings for educational and healthcare facilities.

The proposals will be open for public scrutiny and comment before a final version of the project is published.

Benidorm council technicians say that all planning, environmental and urban development rules laid down by the Valencian government have been followed.