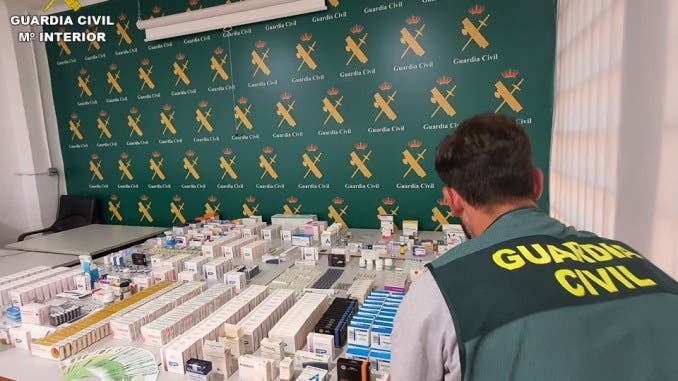 A Vega Baja gang that peddled illegal steroids and drugs used by people doing sports training has been broken up by the Guardia Civil.

14 Spaniards and a Ukrainian have been arrested with over 7,000 drug doses seized as well as two high-end vehicles worth €90,000 each.

Three pharmacies in Almoradi and San Miguel de Salinas were involved in the plot.

A pharmacist and two assistants have been accused of selling unclaimed drugs to the gang when customers decided not to take everything they were entitled to on their prescriptions.

The bulk of the drugs though were imported via parcels from European countries and further away from China and South America.

A bodybuilding coach was one of three men who led the gang and distributed some of the drugs around the area.

He also referred interested clients to one of his colleagues if they wanted steroids and a sports medicine distributor in Valencia Province that would send orders through the post.

The stores offered an on-site injection service, sometimes with serious medical consequences as one man needed an operation after suffering an adverse reaction.

Some of the side effects included people getting kidney problems; becoming sexual impotent; and passing black-coloured urine.